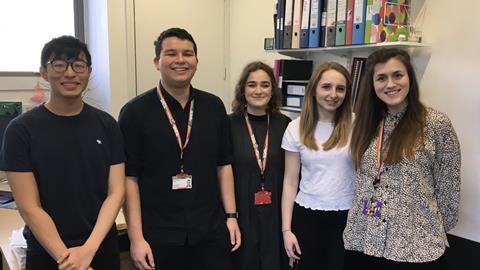 How to lead a research team

By building skills to support your lab members, you lay the foundation for success

‘The most challenging thing is the management,’ says chemist Josep Cornella, who has been leading a research team at the Max Planck Institute for Carbon Research in Germany since 2017. ‘I was good in the fumehood, but then they take you out of that, put you in an office and give you eight people to manage.’

While there are other challenges associated with heading up a lab – including attracting funding and preparing lectures – managing a research team is arguably one of the bigger ones. In a recent Wellcome Trust survey of more than 4000 scientists, 80% said they had the skills to manage a diverse team. But of the people being managed, only 11% had been asked for feedback by their supervisor. They also reported experiencing few of the behaviours associated with effective management, like noting achievements, discussing career aspirations and providing support with personal issues.

‘The first step is being aware that your leadership actually affects the output – and being willing to change,’ says Juan Pablo Ruiz, postdoctoral researcher in the department of medicine at the University of Wisconsin-Madison, US, and president of Future of Research, an organisation that seeks to empower junior researchers.

When asked what is most challenging about leading a team, physicist Helen Gleeson from the University of Leeds, UK, replies firmly: ‘Without doubt, the fact that everybody is different and one rule doesn’t fit all.’ Cornella agrees. To get the best out of each team member he quickly needed to accept ‘that not everyone is like you when you were a postdoc … It’s important to have empathy, try to understand people and put yourself in their situation,’ he says.

‘If you look at teams in industry, [particularly] in the tech sector where innovation and creativity is required and fostered, what you see is that teams that score highly in measures of wellbeing also have higher levels of measurable output,’ says Ruiz. ‘Individuals need to feel like they can speak their mind without fearing repercussions and need to feel supported enough to be independent, not micromanaged.’

In Google’s two-year study of 180 of its teams, psychological safety came out as one of the top drivers for successful teamwork. Team members need to feel safe to take risks and be vulnerable in front of each other. Good managers can create this environment by showing concern for success and wellbeing, Google’s related study on manager behaviour found. 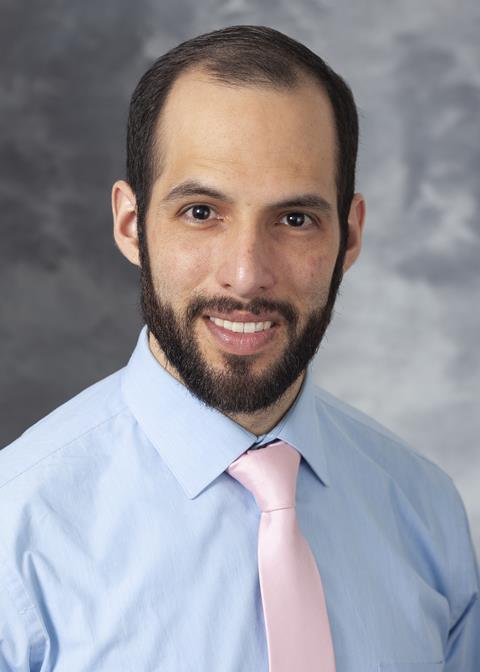 Juan Pablo Ruiz, postdoc and president of Future of Research

The unfortunate reality of academia is that it has a very hierarchical structure, says Ruiz. ‘When you create this sense of “this person is at the top and they’re untouchable, unreachable,” that’s when you can get a really big power imbalance.’ This not only puts people off providing honest feedback, it can also stop good ideas percolating up.

‘I think the way to address that is to create a culture in which the hierarchy is understood to be for the roles and responsibilities,’ Ruiz explains. Supervisors should make it clear – not just vocally but by action – that team members should speak up if there is anything that needs improving. For many researchers, including Cornella, practising an open-door policy is a straightforward way to invite open discussion and feedback.

At the same time, the distinction between supervisor and supervisees needs to remain clear-cut, says Gleeson. Early in their career, team leaders might not feel comfortable with that distinction and might blur the boundaries too much. ‘That doesn’t matter until it goes wrong – for example, if you have to have a discussion about the students not working very hard,’ she stresses.

‘I think the thing that makes a big difference in a student–supervisor relationship is allowing the student to take ownership of the project as early as possible,’ says Gleeson, who won Times Higher Education’s outstanding research supervisor award in 2018. ‘That’s hard because very often it was your idea, and you might be under a lot of pressure to get publications out.’

Cornella recalls that early on in his career he used to see every team member in the lab every day. ‘Not to put pressure on them, but just out of curiosity,’ he explains. ‘But of course the students or postdocs can feel it as pressure.’ As time went on, he started giving his researchers more freedom. ‘By doing that, [my team] came up with things that I would never do, but really interesting things, and things that surprised me,’ Cornella says.

Like many of his peers, Cornella’s only management experience prior to starting his independent career came from supervising students in the lab during his time as a PhD student and postdoctoral researcher. Fewer than half of respondents to the Wellcome survey said they had formal management training.

Some universities have introduced mandatory training for both new and existing supervisors. University College London, UK, where organometallic chemist Clare Bakewell started her independent career in 2018, is one of them. Bakewell did a two-hour online training course, which covered policies, assessment and case studies like students reporting harassment or difficulties with a project. ‘The scenarios were useful, they definitely picked up some things I hadn’t ever considered to be an issue,’ she says.

At the same time, Bakewell suggests some ways the training could be improved. New starters receive an almost overwhelming amount of information and have to do a number of other courses at the same time. The impact of the supervision training therefore risks being diluted. ‘You do it once when you first join, but is that still going to be relevant a couple of years down the line?’ she asks. ‘I think having a refresher course would be really useful.’

Bakewell stresses that first-time supervisors shouldn’t feel like they need to know everything. ‘As long as you know the right channels to advise people to go down, that’s important.’ She currently leads a team of four, including co-supervising one PhD student. Gleeson’s university runs a scheme in which first-time supervisors choose a more experienced researcher with similar subject expertise to act as co-supervisor. 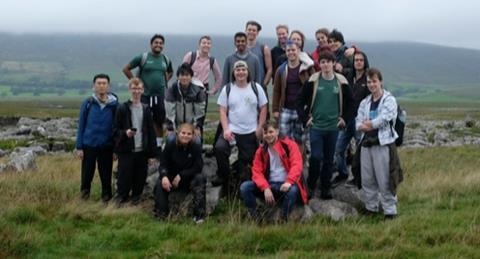 While a research group’s main job is to do research, other activities can help team members stay motivated. ‘In the department and my group in particular we do a lot of outreach activities,’ says Gleeson. ‘It’s something students can get a real buzz from.’

‘I do think there is value in stepping away from the usual environment,’ says Luis Martinez, chemistry professor and director of the Center for Innovation and Entrepreneurship at Trinity University, US. Gleeson agrees with this; she rents a bunkhouse for her group to stay in over a weekend once a year. ‘But I think it’s important to recognise that not everybody will want to engage with these activities,’ she cautions. ‘So these [activities] aren’t compulsory.’

Jennifer Heemstra, a chemist at Emory University, US, also holds an annual off-site retreat. Over the course of several days, the group works on research ideas, funding proposals and even ideas on how to stay on top of new literature.

At the retreat, ‘people are putting in their time and mental energy for projects they don’t work on,’ Heemstra explains. ‘It turns out we’re really motivated by these altruistic things.’ In the long run, this means that instead of being jealous of each other’s successes, the entire team celebrates a new publication or successful grant application.

A lot of management focuses on a one-to-one relationship between lab leader and team members. But it might be worth thinking about the bigger picture. Martinez says that ‘every team needs to do deep thinking about how to make every member be valued and recognised’. Research groups could do more to communicate their mission and the things that inspire and motivate them, Martinez says.

While details about research and publications are familiar sights on scientists’ websites, a few have also started to add details about their lab culture. Heemstra’s lab website features a diversity statement. On University of Kansas biologist Prachee Avasthi’s website, a lab policies section details her approach to career development and work schedules. 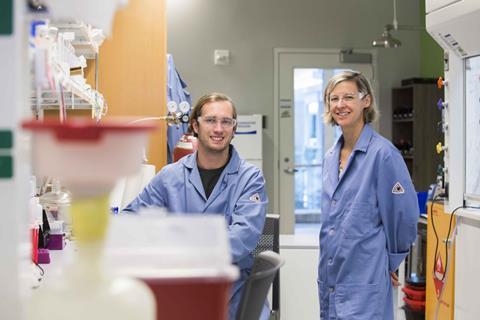 ‘What we do is not just have individual goals but create goals for the entire group for each year,’ says Heemstra, who also writes a blog about research culture. ‘Almost everything we’re doing is pretty standard in a lot of businesses, but as academic labs, we’ve been slow to adopt these practices.’ Since many corporate practices translate well into a lab environment, magazines like Harvard Business Review are a good start for learning about how to become better at managing people or what makes an effective communicator, she says.

Martinez agrees. He says researchers should talk to colleagues in other fields about their supervising practices or borrow principles from start-up culture. ‘As you read [books like Eric Ries’ The Lean Startup], you realise “Wow, this really maps out the scientific method”,’ he says.

‘To help foster more expertise, PIs should train for leadership – not necessarily train themselves, though that’s important too, but train their trainees for leadership,’ Martinez continues. Communication and critical thinking skills, a taste for taking risks and a tolerance for failure are all incredibly important, he says.

How to lead: Five quick tips