It’s a popular myth that depression and mental health problems peak in December. Sadly, that’s not the case: psychiatric admissions and suicide rates are actually highest in the Spring, and (seasonal affective disorder excepted), depression can strike at any time – it really doesn’t give a damn about the Earth’s celestial position relative to a giant exploding space ball of fire. 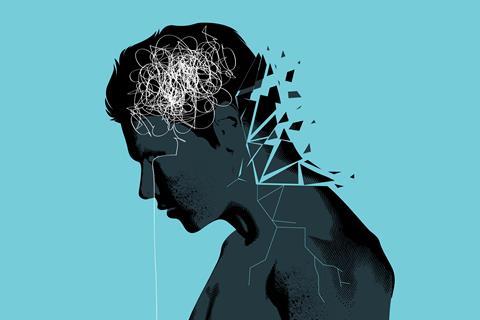 That means now is the time to make sure that we’re addressing mental health in the lab. This includes both looking out for your colleagues or indulging in anything that falls even loosely under self-care. We know that scientists are some of the most vulnerable. In 2017, a paper by the Royal Society and Wellcome Trust highlighted that more than 40% of postgrads report symptoms of depression, emotional or stress-related problems. A lot of this boils down to inclusivity of all genders and minorities (women are disproportionately affected), as well as making workplaces more resilient through culture. Some of it is about awareness of ourselves – most notably imposter syndrome – and some of it is about being aware of others.

As I was typing this, I messaged a friend that I was having a hard time with something. Her reply (‘I’m sorry that you feel stupid’) was a healthy reminder that the reality in my head isn’t necessarily how things are in the outside world, but that there’s someone who understands there’s no way I’m going to be able to tell the difference for a while. I’m not saying you should say that to a colleague – it depends on knowing them – but I’m sure you can think of something appropriate.

We can’t always access the help we need. We can’t always recognise that we need it. And that means its imperative that everyone has each other’s backs, especially in sectors where pernicious incentives drive cutthroat practices. So take a moment and ask a colleague if they are OK. You’d hope they would do the same for you.

Resources are available on the Mind website or UK chemists can call Samaritans on 116 123.