'My co-author is based in North Korea'

Aron Walsh has never met his new collaborators; so far, their only contact has been via email. He’s never even spoken to them on the phone. A picture he tracked down on the internet is the only reason he has a rough idea of what they look like. That’s because his co-authors live in North Korea. 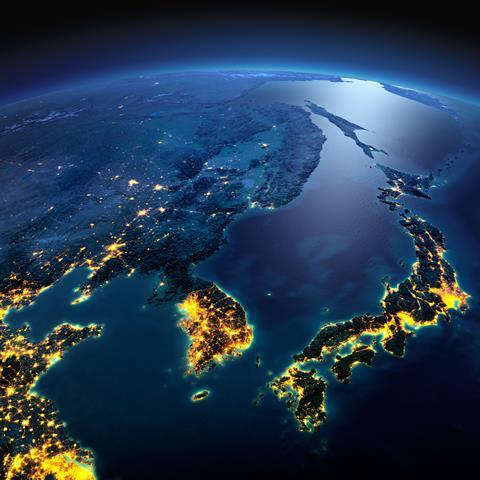 North Korea leaves a dark space on the planet at night

Walsh leads the materials design group at Imperial College London, UK. ‘I work on perovskite solar cells, a topic that has attracted global interest,’ he explains. ‘But I noticed that some of my papers had been cited by a group with an affiliation in North Korea, which made me curious because I wasn’t aware that mainstream research in the physical sciences was activethere.’

After some searching, Walsh found that the group leader, Chol-Jun Yu, had completed his PhD at Aachen University in Germany, and his thesis was on the internet. The acknowledgements section sketched out how Yu came to do his PhD in Germany: A group of German scientists visited North Korea to give research seminars, Yu had been interested in the topics discussed, and the visitors arranged funding for him to move to Germany to complete his PhD. Yu received leave from North Korea to go to Germany, then later returned to Kim Il-sung University in Pyongyang to start his own research group.

In 2015, the UK government launched the Global Challenges Research Fund (GCRF). The £1.5 billion fund aims to support cutting-edge research, which addresses the global issues faced by developing countries in areas including agriculture, medicine, well-being and infrastructure. Last year, Walsh noticed that North Korea was on a list of developing countries eligible for funding. It reminded Walsh of Yu, so he decided to get in touch.

Yu had published several papers on the theory of perovskite solar cells, which contained a contact address. After a couple of weeks Walsh received a reply. ‘Yu was very keen to collaborate. He explained that he led a young research group performing research related to renewable energy materials.’

Together, they wrote a joint proposal for a Royal Society grants schemes, which is part of the GCRF, related to solar energy in North Korea. The proposal was unsuccessful, ‘but it started us on the road to collaborating,’ says Walsh. 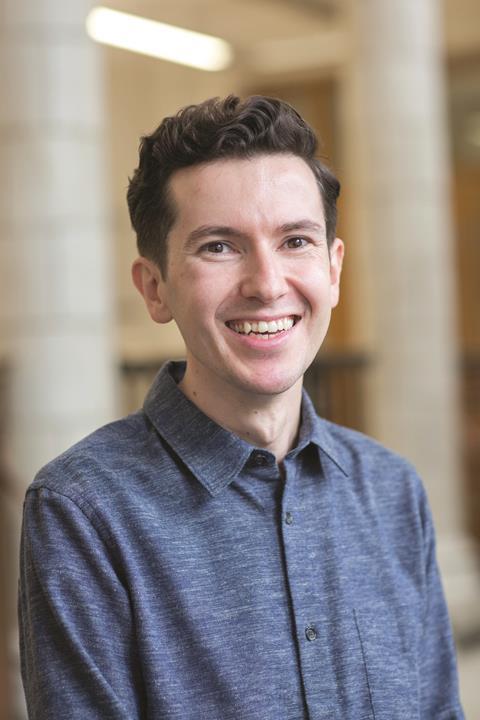 Both groups work on computational science, which means the teams can share models and data via email. ‘Their internet access is ocassionally unreliable; but that also happens with my regular collaborators,’ Walsh explains. ‘Apart from that, it’s been quite a conventional and highly productive collaboration. We’ve shared results and procedures for performing calculations, and jointly wrote our first manuscript.’

At the end of 2017, the Journal of Materials Chemistry A published the team’s first paper,1 looking at the effect of hydration on halide perovskites. ‘Stability is the greatest challenge facing perovskite solar cells, and this topic combined my experience in materials chemistry with theirs in materials physics, so it was an ideal partnership,’ explains Walsh. Together Walsh, Yu and their colleagues looked at a range of different perovskites and simulated how water changes a perovskites crystal structure. ‘It wasn’t great news: thermodynamically the materials really like water so a kinetic barrier is necessary to stabilise them.’

Science in the world’s most secretive state

North Korea faces challenges with its electricity grid, so this topic fits in with the country’s preference for pragmatic, rather than blue-sky, research. Photographs taken from the international space station in 2014 picture North Korea as almost completely black because of a lack of power. ‘Of course, it’s difficult to find details online but there are now reports of a photovoltaics manufacturer in North Korea that is distributing solar cells to the countryside, where electricity hasn’t been readily available,’ says Walsh.

He describes his North Korean colleagues’ work as thorough and focused, and hopes they will have a face-to-face meeting at some point. ‘It appears they have full access to the published literature as their research is topical and fully referenced. But they are cut-off in terms of attending international conferences for communicating their results. I have invited Chol-Jun and his team to a workshop I am co-organising this summer.’

The output from Yu’s team is a far cry from the waterproof liquids and unicorn lairs more commonly associated with North Korea’s scientific achievements. ‘Beneath the politics and propaganda, there are genuine scientists trying to conduct the best research they can.’