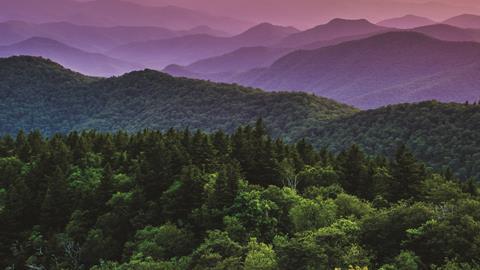 The Durham–Raleigh–Chapel Hill Triangle is brimming with prospects for chemists, finds Manisha Lalloo

The ‘Triangle’ is the region of North Carolina, US, that lies between Durham, Raleigh and Chapel Hill – the three cities that make up its corners. At the heart of this region lies the Research Triangle Park, one of the largest research areas in the US. The park alone employs around 47,000 people at more than 200 different companies spread across 7,000 acres.

That’s the simple answer. However, recently nearby Cary has overtaken Chapel Hill for size, adding competition to which cities comprise the Triangle’s points. It’s also important not to confuse the region with the nearby ‘Triad’ of Greensboro, Winston-Salem and High Point, also in North Carolina.

Known for its well-educated population, the Triangle is a hub for entrepreneurs and innovative technology and research companies alike. 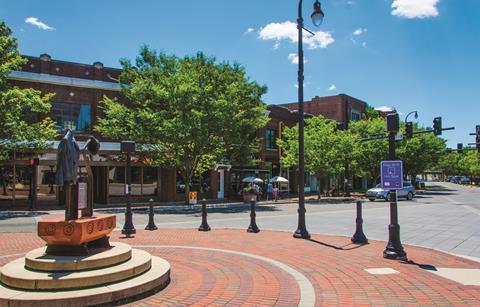 Durham is full of cafes where locals enjoy the Carolina weather

Set up in 1959 to build on the expertise and knowledge in the area, today the Research Triangle Park is host to both multinationals and start-ups. Among those on campus are BASF and GSK, although in 2014 the latter cut 900 jobs in the park as part of a global downsizing operation. Still, with around half the companies in the park in the biotech industry, there is a wealth of opportunities for chemists looking to relocate to the area. The park is also currently undergoing a redevelopment that will see a host of new restaurants, retail and business facilities.

Those wanting a position in academia should look no further than the Triangle’s three main cities, each of which houses a tier one university. Duke University in Durham is known for its business and medical training, while Raleigh’s North Carolina State University is strong on engineering and agricultural biotech. The University of North Carolina at Chapel Hill specialises in law and medicine. 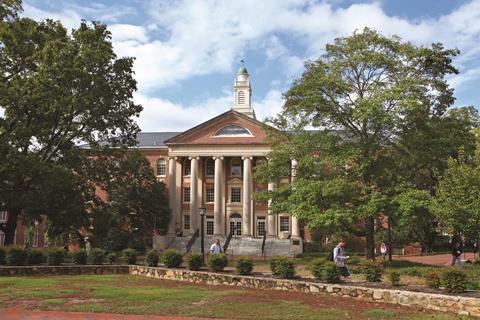 The Triangle has three tier one institutions, including the University of North Carolina at Chapel Hill

Workers in the region tend to live in one of the three cities, each of which has its own distinct personality. Durham, known as the South’s tastiest town, is the Triangle’s food hub and cultural centre; Raleigh, the state’s historic capital, has parks, open spaces and a vibrant downtown; and Chapel Hill, as a college town, is the most sports-oriented of the three, with a diverse, young population. Throughout the Triangle residents are known for being friendly and welcoming – so wherever you settle don’t be surprised by locals smiling or waving in the street.

To top it all off, the area is well-connected to the rest of the US, with an international airport offering one-hour flights to Washington, two-hour flights to New York and daily flights to London. Beer lovers may also want to explore the large number of craft breweries that choose to call the Triangle home.

Summers in the Triangle are hot and humid, easily reaching 30°C with around 50% humidity from June to August. And don’t expect a city environment – companies in the park tend to have their own individual campuses.

And if you’re relocating to the US from Europe, expect your generous holiday allowance to vanish: two weeks of annual leave is standard on this side of the Atlantic. 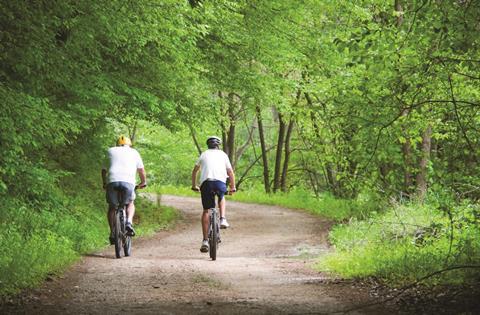 The region is peppered with bike trails

Raleigh–Durham has an average monthly rent of $899 and a median home price of $215,730, with a relative cost of living lower than the US national average. This means a move to the area pretty affordable: one of the reasons why Raleigh–Durham was listed number four in the best places to live by US News.

Although there is a public bus system, this is the US – a car is the best way to get around. Traffic allowing, it should take less than 30 minutes to get to most areas in the region. Those without a US licence should be aware that international driver licenses are not accepted in North Carolina; you’ll need to apply for the state’s own driving licence when you arrive.

From the North Carolina coast with its miles of beaches to the Appalachian mountains west of the region, the Triangle has easy access to a host of places to explore. Fans of the great outdoors lovers won’t be short of biking trails and lakes, while culture lovers will be happy to hear most of Raleigh’s museums are free –the North Carolina Museum of Art being a particular highlight.