Profile: Serial entrepreneur in the making 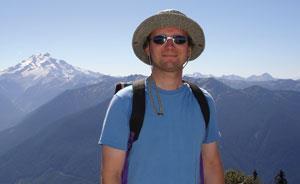 At every career crossroad David Rabuka has been blessed with good advice from friends and colleagues. He has barely finished his PhD and yet is already in the throes of setting up a company in the US, Redwood Bioscience.
As a child growing up in Saskatchewan, Canada, Rabuka dreamed of becoming a scientist. ’Every year my mother used to put my school photo in a diary and I would add a few lines underneath. When I was six I wrote that I wanted to be a scientist,’ he recalls.
He discovered the joys of organic chemistry while studying at the University of Saskatchewan. ’I completely fell in love with the class,’ says Rabuka. ’I really loved going to the lab and creating stuff.’ He was then inspired to take up an MSc with Ole Hindsgaul at the University of Alberta in the field of glycobiology - looking at carbohydrate and glycan (polysaccharide) synthesis. By then, Rabuka had become truly fascinated with glycobiology. A year spent at the Burnham Institute in San Diego, US - helping to manage the lab and make synthetic glycan structures - persuaded him that he wanted to work in industry.
As luck would have it, while at a conference, Rabuka bumped into an old friend who was working at Optimer Pharmaceuticals, a San Diego-based start-up company. ’He asked if I was interested in joining and I jumped at the opportunity,’ he recalls. ’At that time Optimer only employed about 10 people. It was a highly dynamic and very exciting environment to work in.’ He stayed with the company for three years, working on carbohydrate-based cancer vaccines. ’It was great to be a part of a fast-moving culture where I was able to help design and build new labs and participate in projects.’ Optimer had 40 employees by the time Rabuka left, and has since gone public.
Rabuka wasn’t sure what to do next. ’Serendipitously, one of the Optimer founders approached me and suggested that I go back to university to get a PhD,’ he says. Rabuka followed the advice and moved to the University of California, Berkeley, US, to do a PhD with Carolyn Bertozzi, whom he had also met at a conference. ’I was very excited to join her lab and continue working in the field of glycobiology and carbohydrate synthesis,’ he says.
Rabuka thrived in the university environment and discovered that his stint in industry had prepared him well for academic study. ’Having worked in an environment where you really think carefully about your experiments and move forward as rapidly as you can helped my research and I hit the ground running,’ he recalls.
His PhD focused on oligosaccharide metabolic engineering, a technique developed in Bertozzi’s lab, which involves synthesising molecules that can be taken up by cells and displayed on the cell surface. ’The first project that I was involved in was designing a fucose analogue that would be displayed on the cell surface glycoproteins. We attached various small molecules to the analogues so that we could image and track glycoproteins on the cell surface.’
While working on his PhD, Rabuka had an idea for a new biotech company. ’I approached Carolyn and proposed that we start a company using some of the technology in our lab.’ She soon came on board and Rabuka brought in Mike Blank, an old friend from San Diego with valuable start-up experience. So Redwood Bioscience was born.
The founders are looking for funding from angel investors. In the meantime they are ploughing their own money into the venture. ’We plan to move start hiring people in January 2009,’ says Rabuka. He is reluctant to reveal much of the science behind Redwood but says that the company will focus on improving biotherapeutics and biologics. Central to this will be a platform technology that involves modifying protein functionality using enzymes.
Rabuka is enjoying his current challenge. ’It’s a little stressful but that’s a driving factor,’ he says. ’I truly believe that we’re going to be successful and that it’s a really good opportunity to take.’ He dreams of one day becoming a serial entrepreneur, moving from one start-up to the next. Whatever happens, his passion for science isn’t going to disappear. ’I’ll continue to read and explore,’ he says.