Welcome to the new McCarthyism

I bet you’re sick of US politics by now, but this is important. Chemistry professors are being put on ‘un-American’ watchlists. This isn’t a throwback to the Red Scare of the 1950s. It’s happening today.

An ultra-conservative group called Turning Point USA have started a website highlighting ‘college professors who discriminate against conservative students and advance leftist propaganda’. Such professors are added to a list with their photos and purported crimes – including supporting Black Lives Matter or discouraging anti-feminist rants. 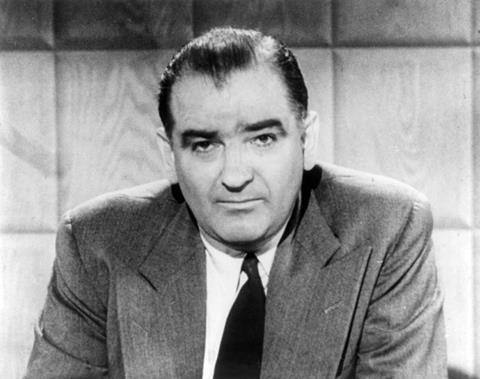 Joseph McCarthy led the Red Scare of the 1950s

Eli Hvastkovs, an associate professor in analytical chemistry at East Carolina University, is on the list. The reason? A few years ago, he sent an email asking students not to thank God at graduation. He’s taking his inclusion in his stride, dismissing it as ‘stupid at best and classic McCarthyism at worst’. He trusts that most will realise the site is ‘horribly biased, sensationalist and a poor exercise in free speech’.

Hvastkovs rightly highlights that the list’s creators miss the whole point of college: to broaden your horizons. Academia thrives when students are exposed to different viewpoints. ‘College professors aren’t dangerous,’ he adds, ‘and are certainly not there to brainwash anyone.’

It could be easy to believe such watchlists matter. They do not. Hvastkovs’ response demonstrates exactly why these lists are so impotent: debates are won by smart ideas and engagement, not yelling into the ether. Free speech – that most American of ideals – is best used when it encourages people to think, rather than to shut down anyone who disagrees. Colleges and universities welcome diverse opinion because it stimulates discussion and improves us all.

Like all good educators, Hvastkovs’ main concern is his students and their futures. ‘I know that the students that venture into my class are more concerned with succeeding in chemistry than some misunderstood email I sent out several years ago,’ he says.

He’s right. And that’s why the new Red Scare is doomed to fail before it even begins.