‘If a person has been wrongly arrested, and you manage to unravel that and show the weakness in the case, you’ve obviously affected an individual’s life in a profound way,’ says David Schudel. As part of Keith Borer Consultants, based in Durham, UK, he provides scientific support to legal defence teams in criminal and civil cases. Some of these cases will end up in front of a judge and jury – and its Schudel’s job as an expert witness to explain not just results but their significance to the case.

‘Most of our work is for the criminal defence side of the court,’ Schudel explains. ‘Someone has been charged with a particular crime and forensic evidence has been produced. The defendant’s legal team will contact us to review the evidence.’ Schudel specialises in general chemical forensics and fire investigations, which are often police criminal matters. He also deals with areas like health and safety or standards law. ‘I did a case involving someone accused of wrongly sizing a lobster,’ he adds. 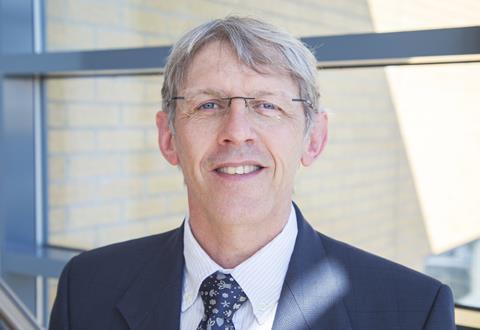 David Schudel has testified in court more than 100 times

Analysed samples are rarely clean, often creating areas of contention in legal proceedings. ‘If you have a sample that’s been taken out of a sewer or a fire debris sample you will have a lot of background interference,’ Schudel says. ‘It is not so much about questioning forensic results, but interpreting what the results mean in the context of the case, based on your education, training and experience.’

Many forensic scientists will be called to give factual evidence in court at some point in their careers, but the designation ‘expert witness’ is one determined by the court itself. ‘There are requirements for experts which are set out in the criminal and civil procedure rules, but ultimately the court determines whether they think you are an expert,’ says Schudel.

So far in his career he has testified more than 100 times, but not all cases end up this way. ‘There is no ownership of experts – our duty is to the court. Quite often we will be asked to sit down with the other expert and talk through the case,’ says Schudel. Often experts will discuss the case and come to a consensus, though, he adds, not always. ‘You may still end up with a disagreement, because you just have different views and ultimately which one of you is right may be determined by the court or jury.’

Given his years of experience, Schudel takes court appearances in his stride, but he says there are things to watch out for. ‘[The Barrister] will talk to you while walking away from the jury – they are trying to pull your attention away, so you end up alienating the jury. When they do that you turn away from them and when you answer you talk directly to the jury.’

In addition to his UK consulting work, Schudel has experience of providing expert testimony in the US and the Caribbean. Schudel spent five years in the US and eight years in the Cayman Islands, setting up and running their first police forensic chemistry lab. One additional difficulty there was contending with hurricane season. ‘The lab got completely wiped out in 2004 – it had two feet of seawater through the entire building and it took us nine months to put it back together.’

Many aspects of the role of an expert witness are the same internationally, but Schudel says the UK has come up with some positive innovations over the past decade to make scientific evidence easier for a jury to interpret. ‘One of the things the UK has been fantastic at doing is promoting discussion between experts. To simplify issues ahead of a trial, a judge can ask for a statement of what they agree on and what they don’t agree on and why – in the US they will just put you on the witness stand.’ UK courts also use a practice known as ‘hot-tubbing’, where expert witnesses are called to give evidence and be cross-examined concurrently so differences in opinions can be clearly highlighted.

Schudel says there can be moments of high drama in a court room. ‘I’ve had people scream at me to try and get a response.’ These sort of tactics are not likely to work and the courtroom antics we see on TV rarely happen. However, he has given evidence in some very cinematic courtrooms, ‘I once testified in an old colonial building in Guyana where there was no air conditioning or windows, just wooden slats, and all I could hear was street noise and whooshing fans over my head – it was incredible.’