The profits of poison

From snakes to spiders, Australia is infamous for its venomous creatures. But while most people would prefer to keep their distance, Brisbane-based protein chemist Glenn King sees them as a precious natural resource. Venoms contain a remarkable array of bioactive peptides, which King and his colleagues are isolating for applications ranging from pain medications to novel pesticides.

King’s career path was shaped by the unusual school that he attended. Hurlstone in New South Wales is a state school established over 100 years ago to equip students for a life in agriculture, and the subject remains a focus of school life. ‘Our school had something like 300 acres. We had to learn about managing cattle, about farmyard pests, and I really enjoyed it.’ 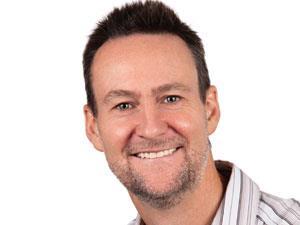 King’s interest was drawn to science when a teacher demonstrated the power of chemistry by dropping a large lump of sodium into a small beaker of water, inadvertently blowing the beaker to bits. He studied chemistry and biochemistry at the University of Sydney and while he was there, the arrival of a new professor, Philip Kuchel, tipped King toward NMR spectroscopy.

‘Kuchel was doing something really novel in those days: studying cell metabolism using NMR. And I thought it looked fantastic,’ says King. He spent his honours year and then completed his PhD in Kuchel’s group, but by the end he was itching to shift from metabolism back to molecules. He then met a University of Oxford professor, Iain Campbell, who was pioneering the study of proteins using NMR and spent two years as a postdoc in Campbell’s lab, solving protein structures.

King had his first encounter with venom when he returned from the UK and joined the faculty at Sydney. ‘We were working on proteins involved in cancer, when a colleague came to me and said: “We’ve discovered this peptide from spider venom that we think is a great insecticide lead, but we have no idea what it looks like or how it works. Could you help us?”’ It turned out that the small peptide, typical of those found in venom, was difficult to crystallise but perfectly suited to study by NMR. ‘These are about the best molecules you could hope for with NMR – they have incredibly stable tertiary scaffolds that give beautiful spectra. They really are lovely to work with,’ he says. ‘We quickly determined the structure, and with a collaborator worked out its pharmacology.’

King’s interest in venoms was piqued, and he asked for a sample of the venom for a more detailed look. ‘Naively, I was thinking it would contain a few molecules – it turned out that there were hundreds. I thought, “Wow, this is a gold mine!”’ Within three years, King’s entire research focus switched from cancer to venom.

Not long afterwards, King moved overseas again to the University of Connecticut in the US, taking his venom research with him. Plans for a one-year sabbatical turned into an eight-year stay, including spinning out a company to commercialise his venom-derived insecticides. Raising venture capital for an agricultural business was a ‘very hard slog’ admits King but after 18 months of fund raising, Vestaron started up in 2006. King stepped back from running the company at that point, ‘I wanted to be back in the lab discovering things,’ he says, but he still chairs its scientific advisory board.

King eventually returned to Australia, but having taught only graduate students at Connecticut, he didn’t want to go back to teaching large undergraduate classes. Instead, he took up a position at the Brisbane-based Institute for Molecular Bioscience (IMB). This decision was also based on a desire to focus on projects with commercial potential. ‘The IMB has its own commercialisation arm within the building. I really like that attitude,’ he says.

King continues to work on venoms, and now looks at proteins for blocking pain as well. But despite the abundance of local lethal fauna, these days he gets his samples from further afield. And this brings him the trickiest part of his work: red tape. ‘We can’t import venomous animals, so we have to go and collect the venom from people who have spiders as pets,’ King explains. ‘In Germany, Austria and Switzerland, keeping spiders is a huge hobby, and they have fairs where people come and swap spiders. We go over a couple of times a year to visit and milk their spiders.’