Write all about it

Chemists with a nose for news and a flair for writing may enjoy life as a science writer, reports Nina Notman

If you fancy stepping away from the bench and have a passion for storytelling, a career as a science writer might appeal to you. ‘I found writing my PhD thesis a pleasure, whereas everyone else seemed to struggle through it,’ explains James Mitchell Crow, a freelance science writer based in Melbourne, Australia. Mitchell Crow’s first experience of science journalism was while working as an editor in the RSC’s journal publishing division, his first job after university. ‘When I was a journal editor, I got as involved as I could in writing news articles about hot papers for Chemistry World.’ 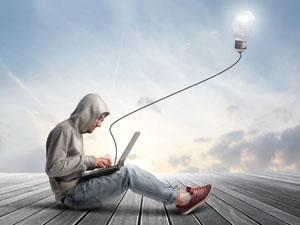 Mitchell Crow quickly worked out that life as a science writer appealed to him. So he spoke to Chemistry World’s editor at the time, Mark Peplow, about achieving his goal. With Peplow’s guidance, Mitchell Crow wrote a feature article for the magazine in his spare time – and for free – to get more experience and improve his chances of landing a job. ‘When a reporter role subsequently came up with Chemistry World, I was in a really good position to get it,’ he says.

‘The reporter job involves keeping your ear to the ground, making as many contacts as possible, to spot interesting developments relevant to the chemistry community,’ Mitchell Crow explains. ‘Then talking to people about the subject, and finally writing the article.’ After just under two years, Mitchell Crow became one of Chemistry World’s section editors, moving from writing to commissioning and editing articles for the features section of the magazine.

A year later, Mitchell Crow and his family upped sticks from the UK and moved to Australia. On arrival, he entered the world of freelance science writing. Freelancing gives Mitchell Crow total control over the work he does. In particular, he has moved away from editing, and back to writing, which he finds much more enjoyable. Freelancing also gives him a much greater choice over the topics he covers. ‘As long as you can find an editor you can interest in a subject, then you can write about whatever you like, because you are not limited by the remit of a single publication,’ he explains.

While doing his masters, Turley applied for additional work experience – submitting speculative applications to a range of publications. A few months later, one of those publications – Chemistry & Industry – got in touch when they had a vacancy for a reporter. Turley was invited to interview, and landed his first science writing job.

With his foot in the door as a reporter at Chemistry & Industry, Turley was able to gain the experience that would lead to his appointment as Chemistry World’s business editor two years later. ‘My role here is to cover what happens in the chemical and pharmaceutical industries globally. In practice that means writing and commissioning news items, as well as longer feature articles,’ he explains. After a year, Turley was promoted to become Chemistry World’s deputy editor (in addition to his business editor role).

Turley and Mitchell Crow’s careers both demonstrate that being proactive is the key to breaking into this industry. For Mitchell Crow, it was writing for free; for Turley, speculative applications. But other routes include writing for student newspapers or doing student radio, and going online offers opportunities such as blogging or recording podcasts or videos. ‘20 years ago as a student if you wanted to do some writing you had to do it through the student newspapers,’ says Turley. ‘Today, there are so many opportunities that come with the web.’

If you’re interested in science writing or communcation, why not enter Chemistry World’s Science Communication Competition?