Ignorance: how it drives science 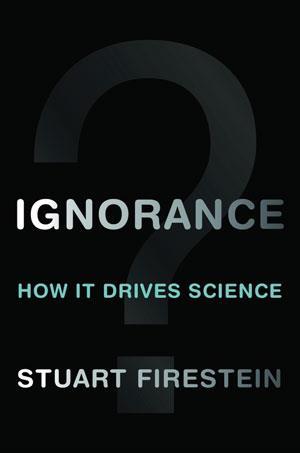 How many times have you sat in a lecture, seminar or conference talk and listened to the speaker give you every last detail of their current knowledge? And how many times has that format driven you to sleep? Now imagine if the speaker told you everything they didn’t yet know about their work – what they remained ignorant about – would that keep you awake?

Stuart Firestein, professor of neuroscience at Columbia University in New York, US, reasons that his students get far more from such lectures that form the basis of his course Ignorance, and finds that the invited speakers find it a ‘surprising and satisfying adventure’. Firestein was driven to create the course after realising that his students were getting a false impression of the world of science from fact-filled lecture courses appearing to give the final word on a subject. Case studies from the course make up the latter half of the book, while the first half is in essay form.

Firestein argues that the scientific method, as broadly portrayed outside the world of science, contradicts the experience of everyday scientists. They know, for example, that no fact is truly objective or ‘safe from the next generation of scientists’. Perhaps surprisingly, he also hates hypotheses, making the valid suggestion that they can lead people to favour positive data or even miss more interesting anomalous data. Being aware of what you are ignorant about and being able to ask the right questions to satisfy that curiosity is, for Firestein, what science is all about.

The negative connotations of ignorance sometimes seem to be all around us, so reading this book and being reacquainted with its more positive aspects was a pleasure. I must close this review with my favourite quotable phrase from the many to be found: David Gross, in his acceptance speech for the 2004 Nobel prize in physics, noted that the two requirements for continuing Nobel prizes were money – kindly supplied by Alfred Nobel’s will – and ignorance, currently well supplied by scientists.

Purchase Ignorance: how it drives science from Amazon.co.uk. RSC members can obtain this book direct from the publishers for a 25% discount on the RRP. See the RSC member benefits page for details.