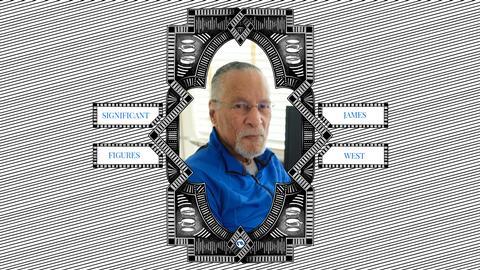 Ainissa Ramirez highlights an African American scientist who created one of the most used technologies of our modern age, but whose name is barely known by the general public

When college student Jim West began his summer internship at AT&T’s Bell Laboratories in the 1950s, he stumbled across a scientific phenomenon that would revolutionise how the world communicates. With it, he created the microphone that now sits inside every telephone and cellphone. Yet most people don’t know who he is.

James Edward Maceo West was born on 10 February 1931 in the small town of Farmville in the US state of Virginia. When he was a young boy, he was notorious for taking things apart, including his grandfather’s prized pocket watch. With his unwavering passion for uncovering how the world works, he later decided that he wanted to become a scientist and enthusiastically told his parents. However, they tried to dissuade him. Segregation was the law of the land in the early 20th century, and a Black man could only strive to be a lawyer, physician, teacher or preacher. West’s father knew three Black chemists who worked as mail carriers, since no laboratory would hire them. For his father, pursuing a science degree was a waste of money, so he would not support West financially. West had to strike out on his own.

He changed the world, touching everyone within earshot of his invention

He attended a college in Hampton, Virginia, and later transferred to Temple University in Philadelphia after a brief stint in the military. It was at Temple that West noticed an advertisement for a summer internship at Bell Laboratories on a bulletin board. This moment changed his life. He applied and got a position in the Acoustic Research Department in 1957 working with psychoacousticians who investigated how humans perceive sound. They wanted to determine the shortest time between two beeps that could be detected by the human ear and needed responsive headphones to do these experiments. West’s task was to create these headphones.

In the Bell Labs library, he found a paper published in Acustica in 1954 that discussed methods to build headphones and microphones using a thin insulating sheet of polystyrene. This is a dielectric, which means that it does not conduct electricity, but stores charge. It was coated on one side with a thin layer of metal and mounted onto a ring which hovered over a metal plate. One side of a direct current power supply was connected to the plastic and the other side was connected to the metal plate, giving them each an opposite charge. It was shown in the paper that an electrical signal would cause the plastic sheet to vibrate, which could be heard as a sound.

West successfully constructed his headphones using a metal-coated sheet of Mylar – and it worked. His summer internship was deemed a success. Just a few months later, however, West got a call at school from his boss at Bell Labs and learned that his headphones weren’t working any more. So he returned to Bell Labs during his winter break to repair them.

When he revisited the 1954 paper, he read that their headphones had stopped working too. The researchers offered a remedy of reversing the polarity of the power supply for a short time, which seemed to ‘reset’ the headphones. West tried this and found that it worked. But this was not a practical, long-term solution. It was tedious at best and imprecise at worst, which is why he pursued a different approach.

While tinkering in the laboratory one day, West accidently disconnected the power supply from the plastic sheet in the headphones. But he heard something strange. His headphones rang out! What he found was that the Mylar was storing charge, nearly permanently. This weird behavior set him on a journey towards his greatest achievement – exploiting an old class of materials called electrets.

West pivoted from making headphones with electrets to making microphones

Electrets had been a scientific curiosity for some time. In the Philosophical Transactions of the Royal Society of 1732, Stephen Gray wrote about a range of materials (wax, shellac, pitch, rosin and sulfur) with a ‘perpetual attractive power’. When Gray melted one of these materials in a ladle and then cooled it, the material showed a strong electrical behavior. More than a century later in 1839, Michael Faraday hypothesised about a ‘dielectric which retains an electric moment after the externally-applied field has been reduced to zero’. In 1892, Oliver Heaviside postulated that such materials existed and named them electrets. But over the next few decades, very few papers were published about electrets, until UK scientist Andrew Gemant wrote a paper for public consumption about them in 1949. Gemant reported that when he combined carnauba wax with beeswax and rosin and then cooled the mixture under a field, he found that ‘the polarised particles, whatever they may be, are fixed’.

When West made his metal-coated plastic electret, or foil electret, he employed a similar heat treatment, particularly in his early experiments. He heated the metallised Mylar to about 200°C as it sat between two charged metal plates. When it cooled, it too was an electret. Soon, West pivoted from making headphones with electrets to making microphones, since they have similar designs but worked in opposite ways. He created a foil electret microphone and later teamed up with Bell Labs scientist Gerhard Sessler. Together, they switched the electret material from Mylar to Teflon, which performed better in humid conditions and also had a longer lifetime – on the order of several decades. They spent years learning about ways to increase the charge stored in these materials.

Previous electret microphone had been made from wax and suffered from poor electrical stability. This shortcoming made West’s foil electret a game changer. Similar to its wax predecessor, the foil electret microphone did not need an external battery to provide a bias for operation. Plus its simple design was both rugged and stable, making it suitable for everyday use. These characteristics made it possible for foil electrets to solve one of the greatest challenges of the 20th century – a better microphone for telephones.

The creation of the telephone in the 1870s excited society’s imagination. However, the earliest incarnations by Alexander Graham Bell and Elisha Gray were limited in what they could do, particularly since they used acid solutions to transform sound into current. Thomas Edison refined the microphone in 1886, making telephony more viable. In his design, a plunger attached to a moving diaphragm impinged a small button of carbon granules. When the diaphragm vibrated from a sound wave, the electrical resistance changed. The shortcoming with this popular design was that the granules gave rise to distortion and noise. The other major drawback was that a huge battery was needed for this microphone to work. Even later designs – like that of Edward Wente in 1916 which used a change in capacitance to detect sound – were also anchored by a need for a large bias. In the case of Wente’s invention, the voltages needed could cause bodily harm.

West turned a scientific amusement into something essential

West’s discovery unshackled microphones from the need for a bias voltage. This made it possible for the electret microphone to be shrunk, opening up markets beyond telephony. Today, foil-electret microphones can be found in telephones, cellphones, computers, toys and hearing aids. Over two billion are made every year.

Many decades later, West has received recognition, but mostly within the scientific community. His contribution is still largely unknown by the general public. Most people don’t know that an African American inventor made it possible for them to speak to loved ones or to place a business call. What also remains missing is that West’s name has not been placed within the pantheon of other scientific heavyweights such as Faraday. Scientists live in a world of ideas and revere those who come up with great theories. But what is nearly as important are those inventors who make those concepts useful. West turned a scientific amusement into something essential. He changed the world, touching every person on the planet within earshot of his invention.

That would be legacy enough, but West did one more thing. He created a summer internship programme at Bell Labs for students of colour, so that hundreds of young scientists could have a chance of changing the world too. Jim West not only made an important technology of the 20th century; he changed the face of science along the way.

Ainissa Ramirez is a materials scientist and the author of The Alchemy of Us, published by The MIT Press in 2020