Paul Lauterbur and the invention of MRI 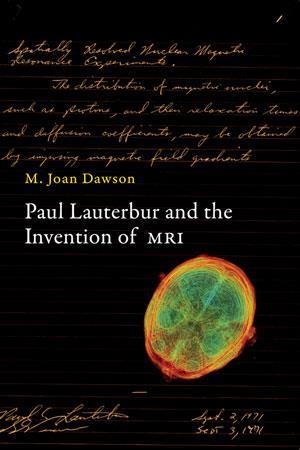 If your doctor told you that she was sending you to hospital for zeugmatography, you could be forgiven for thinking you were being volunteered for an experimental procedure. Unless, of course, you’d read this book, in which case you’d know it is a well-known and widely used technique, and is responsible for saving millions of lives.

Zeugmatography is the name originally given to MRI (magnetic resonance imaging) by one of its inventors, Paul Lauterbur. This book, written by Lauterbur’s wife, Joan Dawson, is an interesting and often touching account of his life and of the discovery and development of MRI.

This book offers the layman and expert alike some genuinely interesting discoveries about the history of MRI and one of its pioneers. I suspect it will be quite satisfying to many readers of Chemistry World that this hugely important medical technique was discovered by a chemist. However, credit for its discovery was not without controversy and Dawson handles these issues well.

In addition to reviewing the Nobel prize controversy, and the rivalries that developed in the field, this book offers many other interesting insights. It is noteworthy that this extremely important technique was not born out of a big research initiative by a funding agency, but was made through a serendipitous coupling of a problematic business venture and inspirational scientific insight.

I was surprised to learn that early development of the technique, following Lauterbur’s original idea, was accomplished for the first couple of years by Lauterbur himself, and with no additional resources.

While the book is presented with obvious, and understandable, fondness for its subject, I would say there is also balance in its viewpoint. It provides a very human perspective to the story and may even encourage academics when they read about the troubles, funding problems, difficult colleagues and rivals this Nobel prize winner had to cope with.

The book reads well and has something for everyone; I would particularly recommend it to young researchers.

Purchase Paul Lauterbur and the invention of MRI from Amazon.co.uk