The science of cheese 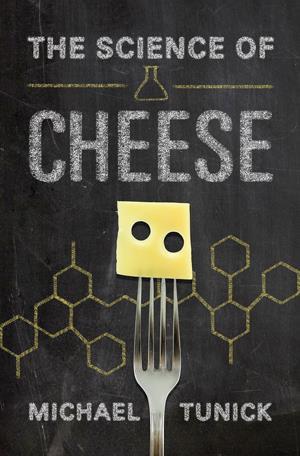 This book attempts to describe the chemistry and biology of cheese making to non-scientist readers. The scope is very wide and includes historical, nutritional and sensory information as well as diverse information such as milk allergies and lactose intolerance. The style is chatty, with underlying scientific information and anecdotes in the form of discrete boxes. While the book undoubtedly contains a great deal of information and its aims are to be applauded, it suffers from several problems.

It is not clear who would be the main readership as the level seems to fall between two stools. The depth of science is insufficient to interest food scientists, while it is probably too complex for a lay audience. For example, complex chemical structures are presented throughout, which require a fairly advanced knowledge of chemistry, alongside some simplistic explanations (for example the concept of pH is described in two sentences). The descriptions of processes are rather inadequate; for example, pasteurisation is described with a photograph of a plate-type heat exchanger but there is no information on how it works.

Another problem is the use of US units throughout. While the book is presumably intended for the US market and conversion tables are included, I think most European readers will find the use of ounces, quarts, Fahrenheit and pounds quite confusing. I wonder if a version with SI units could have been produced for the non-US market? Moreover, the European reader may find the guides to pronunciation of, for example, English place names or French words rather condescending.

The narrative is written in a quaint style, which some may find endearing, but includes some rather off-beat anecdotes, such as how the Cheddar Gorge (a canyon in Somerset, UK) was formed or the discovery of the Cheddar man, Britain’s oldest complete human skeleton.

Purchase The science of cheese from Amazon.co.uk