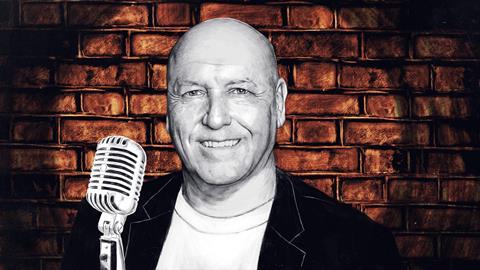 In situ with Thomas Hartung

The world-renowned toxicologist talks about animal models, his dog and diminishing trust in experts

Thomas Hartung heads the Center for Alternatives to Animal Testing at Johns Hopkins University in the US. He is also a pharmacology and toxicology professor at the University of Konstanz in Germany, and the former head of the European Commission’s European Centre for the Validation of Alternative Methods.

I was born in Germany, close to Cologne. There is not anything spectacular about my family, I am the first to go to university. I was very much interested in science as a child, and also in animals. Those were my main two fascinations from early on.

At 12 years old, I got my first chemistry kit and started a lab in the cellar of our home. I bought a microscope and began to do chemical and biological research. I participated in 13 science fairs between the ages of 14 and 18.

My first car was a VW Golf I took over from my parents, but only when I was 27. Before that I had used public transportation. But I moved to Konstanz to do my PhD work and then completed my MD studies at Tübingen and I needed a car to commute. It was more than an hour’s drive each way to the university. These days I try to avoid driving long distances because I have narcolepsy.

I was a stand-up comedian who did 550 performances in the 1980s, and I financed my studies that way. I am not a funny guy, I am really more of an ironic commentator.

In my free time I like to read light books – ‘fast food’ for the brain – just to relax. I try not to read only the scientific literature, which I have to read for my job anyway. Very often you find something in fiction and more philosophical books that inspires you to take a look at your own work and rethink things. That is always exciting.

I am very proud that about five or six years ago I started to alert everyone that with vaping there is not a problem specifically with e-cigarettes, but what we add to them – the flavours and additives. Of all my team’s presentations on our work, this was the recurring theme but nobody was really listening. Already in 2014 there were about 7800 flavours on the market in the US – adding about 100 per month.

We have 4500 food additives in the US, and for more than 80% there is no human health data. So, what we are consuming on a daily basis is not really rigorously controlled.

The toxicology of the ‘unknown unknowns’ is what my field really seems to be. I am now 57 years old, and most of the methods that we are using in toxicology were introduced back when I was in kindergarten or not yet born. There is no other area of science where this is the case.

We need methods that are much more reactive than animal models

The standard animal test costs $1.4 million (£1 million) and has therefore not been applied to many substances – only about 200. A non-animal testing battery for developmental neurotoxicity testing is now being developed by the Organisation for Economic Co-operation and Development. We helped a lot with these developments by organising four international conferences and nine workshops on this topic so far.

The pace of technical innovation now is crazy. The shelf-life of a medical device these days is about half a year. In the cosmetics industry, 25% of the turnover is products that were not on the market six months ago. If you want to maintain this pace of progress, you need methods that are much more reactive and much faster at obtaining results [than animal models].

My favourite place to think or get work done is my home office, with a cup of tea, in the early morning. My wife and I have a 13-year-old son and a three-year-old daughter, so I like the calm. The only difference now is that since the pandemic we got a dog, so in the mornings I have to take the dog out first and then I have the tea and the quiet.

I was not so sure about getting the dog, but one of the reasons we decided to go ahead is because I don’t expect to be travelling for at least a year due to Covid-19. Before, I used to spend about one-third of my time travelling or out of town, including spending our summers in Italy, where we have a house.

One of the biggest unanswered questions in science is causality – to really know how to show that A produced B – because we are working with networked systems.

The most significant threat to science right now is the diminishing trust in experts, compared to trust in peers and social media, which is giving rise to an anti-enlightenment. Suddenly prejudice and ’alternative’ facts are seen as on an equal footing with science.