As 2005 draws to a close, Bea Perks and Katharine Sanderson highlight the main issues that affected the chemical science community, as reported in Chemistry World

As 2005 draws to a close, Bea Perks and Katharine Sanderson highlight the main issues that affected the chemical science community, as reported in Chemistry World

2005 was a year marked by environmental challenges - from ongoing and future threats to sudden, unexpected crisis points. The year that the UK took on presidency of the G8 and EU and set climate change as a top priority got under way in the immediate aftermath of a natural disaster of unprecedented proportions - the boxing-day tsunami.

Through the year’s ups and downs, and there were many, the chemical and pharmaceutical industries played a key role: from the response of industry to the tsunami (February, p2), to the growing emphasis on developing technologies to reduce CO2 emissions (March, p42; November, p37).

The issue of rising CO2 levels and climate change vexes many Chemistry World readers. An editorial addressing the ways in which CO2  emissions might be reduced (June, p2), and the proclamations of a group questioning the existence of global warming (March, p13) generated an unprecedented response from those who either question or fully support an anthropogenic cause of climate change (July, p29; August, p29; September, p32). A Royal Society report linking rising CO2 levels in the atmosphere to falling pH levels in the oceans generated similar debate (October, p27).

But efforts to reduce CO2 emissions - from fuel cells (October, p7; September, p17; July, p20) and photovoltaics (June, p32) to other renewables (February, p9; July, p17) - point to a general agreement that something must be done.

Certainly climate change was high on the agenda of leaders of the G8 nations, who met in Gleneagles, UK, for this year’s G8 summit. Prime minister Tony Blair spoke beforehand at a meeting organised by the RSC, explaining that the two challenges on which the summit was to focus - climate change and Africa - would call heavily on the impact and involvement of science (August, p6). Scientific bodies, including the UK’s Royal Society, welcomed the long-awaited agreement among G8 leaders attending the summit that climate change is a reality and is the result of human activity. Efforts to agree on Kyoto-style emission-cutting targets, however, were less successful (August, p8). 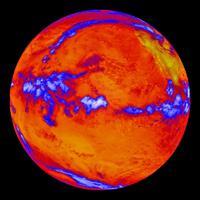 Climate change was high on the agenda at the G8 summit

Non G8-member China, with a remarkable increase in industrial production, has become a focal point under the rising-emissions spotlight. Nitrogen dioxide levels in the troposphere, which are reportedly starting to fall across Europe, were found to be rising far higher than expected over China (October p22). High NO2 levels are needed for ozone production, say experts, but very high levels can switch the process into reverse.

China continues to broaden its scientific and technological impact worldwide, both industrially (April, p7) and - crucially for further development - academically (August, p31). Such unprecedented growth has been accompanied, as in the West, by uproar from disgruntled communities living in the shadow of more and more chemical production plants (May, p9). 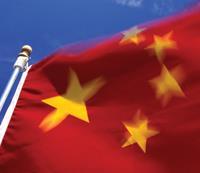 China is broadening its industrial and academic impact

All eyes are on China as governments and industry worldwide recognise the need for sustainable production. Balancing a global increase in production against a decrease in natural resources is key. Countries are approaching the issue differently, but understanding the differences is crucial in this age of globalisation. One of China’s problems, according to one UK government adviser, is that recycling targets are particularly difficult to set in the world’s most populous country, where nobody knows what is currently being recycled (October, p44).

Alongside the move towards sustainability come proposals such as the European Commission’s Reach (registration, evaluation and authorisation of chemicals) regulations, drawn up to regulate the production and release of industrial chemicals.

Reach was designed to improve the protection of human health and the environment, while maintaining the competitiveness and enhancing the innovative capability of the EU chemical industry.

Whether these lofty goals are likely to be achieved has been a matter of some controversy ever since the white paper on the chemicals policy was first published in 2001. There has been much debate to achieve a balance between the various groups concerned (January, p46; November, p15). Last month, the European parliament voted to approve the new rules (p10).

How nanoparticles will be categorised under Reach also remains unclear, which worries researchers planning to shift nanotechnology from the lab to the production plant (June, p46).

In the UK, the controversy surrounding the number of university chemistry departments continues (October, p11; p28). Closures were hotly debated by the RSC and science minister Lord Sainsbury (April, p6) but UK chemists are finding other arenas for showcasing their talents.

Interdisciplinary research in universities across the UK has attracted chemists and funding alike. The Kroto institute opened in Sheffield, dedicated to nanotechnology research (July, p7). Dundee lost its chemistry department in 2004 but this year opened its ?20 million centre for interdisciplinary research and quickly scooped a ?15 million grant to investigate neglected diseases (p7); chemists are thriving under this new regime (January p9; December p7).

The loss of another department, when Umist merged with the University of Manchester to form the UK’s biggest university, brought challenges but also led to the opening of the unique Manchester Interdisciplinary Biocentre (March, p9, June p29), and has brought in investment from industrial heavyweight IBM to foster research links between university and company bright sparks (p6).

Meanwhile, a rapid decline in the size of Australian chemistry departments is leading to a crisis in industry. A shortage of chemists is causing a headache for the emerging industries, such as biotechnology, that have been charged with shaping the nation’s economic growth (April, p29; May, p7).

A future in food

An alternative career that chemists might consider is one in molecular gastronomy, following in the footsteps of UK chef Heston Blumenthal. The scientific methods Blumenthal uses have bagged him three Michelin stars and a reputation for creating outlandish sounding dishes that, because of their similar molecular composition, actually taste rather good, such as caviar and white chocolate; fir tree, green peppercorn and mango (May, p34).

Blumenthal has collaborated with physicist Peter Barham, who broke the world record for making ice cream by two seconds (August, p9). To accompany the world’s fastest ice cream over the summer months came news that white strawberries are safe for those allergic to the more traditional red variety (August, p12). 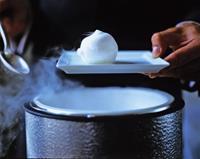 Food isn’t the only thing to spark the public’s scientific imagination. Forensic science is increasing in popularity thanks, some say, to the glamorous treatment that the subject receives from TV shows.Against this backdrop rumours that even Britney Spears was considering a career change to study forensics did not seem too far-fetched.

There is certainly a lot of work for forensic scientists, but questions are being asked about the quality of the training provided by unaccredited degree courses in the UK, numbers of which have risen dramatically in recent years (February, p8; April, p11; July, p42).

2005 saw an increase in the number of terrorist attacks around the world. Analytical chemists are joining the front line in the battle against terror.

Detecting explosives is becoming faster and simpler thanks to advances in mass spectrometry (April, p20). Bomb threats have prompted the development of a portable peroxide-explosives detector (September, p7; December, p50).

These devices, when properly developed for market, will almost certainly be introduced in high security buildings, such as the Houses of Parliament, where security measures have tightened considerably in recent years. Gone are the days when the likes of Guy Fawkes, 400 years ago, could come close to wiping out the government and the King of England through easy access to parliamentary buildings (November, p50). If he had been more aware of the chemistry involved, his plot might have succeeded.

As 2005 draws to an end, the chemical industry is still struggling to overcome the devastation caused when Hurricane Katrina battered the US Gulf Coast in August.

The total cost to human life is yet to be counted. The cost to the chemical industry is already becoming clear: prices for raw materials have risen dramatically after natural gas supplies were badly affected by the hurricane.

The extent of the energy crisis was such that the International Energy Agency stepped in with emergency oil supplies for only the second time in its history (October p2; p12). The knock-on effects of the increased oil prices could be felt by all sectors of the industry for years to come.