At the business end

Sir Richard Sykes has turned Imperial College, London, into a brand with an international influence. Richard Van Noorden meets him

Sir Richard Sykes has turned Imperial College, London, into a brand with an international influence. Richard Van Noorden meets him

As former chairman of pharmaceutical giant GlaxoSmithKline, Sir Richard Sykes is well versed in the business of making chemistry profitable. But for the last seven years he has been applying his acumen to academia - as the head of Imperial College, London, which celebrates its centenary this year. 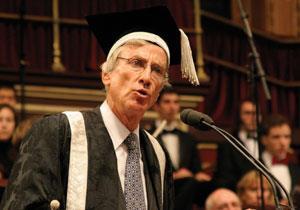 Sykes is set to retire in summer of 2008 and will leave a legacy of innovation and financial strength. ’Running a university - I don’t find that attractive at all,’ Sykes says, looking back at how Imperial tempted him away from Glaxo in 2000. ’What I find attractive is bringing science and technology and medicine together, to really leverage the value out of each one. That is really exciting.’ 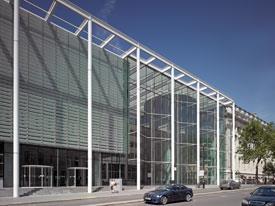 Value he has certainly leveraged: while at Imperial, Sykes has wooed industry and alumni for investment, set up multidisciplinary institutes, and boosted the commercialisation of research. ’This is a business, it’s just a university business as opposed to a commercial business,’ he says. ’The turnover when I came was ?350 million - now it’s ?600 million a year. We’ve got a culture of people wanting to make sure their work is translated, whether it’s a licensing deal or a spin-out company.’ Others in the UK are also treading this path; following the lead of US universities like the Massachusetts Institute of Technology (MIT), but Imperial seems ahead of the game. ’We have 60 spin-out companies, and another company which manages them [Imperial Innovations] which is floated on AIM [the junior partner of the London stock exchange]- we’re the only UK university to have that,’ says Sykes. As chairman of Catalyst, a group set up to encourage businesses to invest in London science, he is also practising on a regional scale what he began at Imperial.

Sykes is charting a commercial course for Imperial because he believes the UK science funding system doesn’t provide enough money for scientists to concentrate on basic research. Universities need flexible funding, but research grants are too prescriptive, he says, looking back wistfully to a golden age half a century ago, when chemists Derek Barton and Geoffrey Wilkinson, biochemist Ernst Chain, and physicist Dennis Gabor - Nobel prize winners all - worked at Imperial. ’These guys didn’t apply for grants; they just got the money because everyone knew they were smart people.’

In place of additional government support, Sykes instead invited funding from private investors and industry, and encouraged a series of US-style institutes, which bring researchers together across disciplinary boundaries. Most recently, the Institute of Biomedical Engineering was officially opened in July this year, while the Grantham Institute for Climate Change was launched in February, thanks partly to a ?12 million private donation from the Boston, US-based Grantham Foundation.

With 30 years of pharmaceutical industry experience behind him, it is not surprising that Sykes is excited by the idea of Imperial pulling together its researchers’ talents to become a supply chain for the early stages of drug discovery. ’The pharmaceutical companies can’t sit isolated: they recognise that they have to be part of the knowledge base, the universities,’ he says. ’We have now a drug discovery organisation within Imperial. We have all the platforms you could wish for, all the medical infrastructure and an ability to do Phase I trials, even II or III with enough money. We will certainly do a lot of work now at the beginning of this process; that is, identification and verification and validation of targets. Then we can take them to a proof of concept stage where they’re validated in man; then you can get the pharmaceutical industry involved, to take it through toxicology, metabolism, all the regulatory Phase II, III, and onto the market.’ 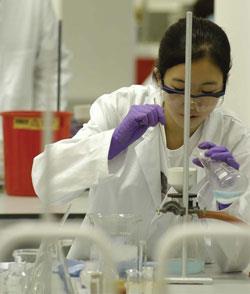 In the red: Imperial’s chemistry teaching is subsidised by high research income

Despite its climb up the international university league tables, Imperial still isn’t well known by those outside the science cognoscenti. ’I think this little enclave in South Kensington has kept itself to itself,’ Sykes admits. The centenary celebrations are an opportunity for Imperial to promote its brand, and it has started the job by leaving the University of London. ’For us the University of London was an anachronism - a marriage of convenience,’ says Sykes, agreeing that Imperial’s brand now carries more weight than London’s, though smaller colleges are likely to stay with the larger conglomerate.

Imperial’s influence on the international stage is reflected by the growing number of overseas science students it attracts every year. Their applications are of high quality - generally better than of those applying from the UK - but they also pay full fees, subsidising home-grown students who are expensive to teach. As Sykes points out, a chemistry degree at Imperial costs more than ?20,000 a year per student. Taking away the ?3000 in tuition fees students pay and the government’s ?6500 contribution still leaves a big gap for Imperial to fill. ’Of course the chemistry departments at Imperial are in the red. We have to subsidise the teaching side quite heavily with our high research income.’ Sykes argues that though the government assigns unitary funding to all chemistry students, Imperial and other top universities invest more money and turn out better quality graduates. ’But there’s no recognition of that first-class education: a Rolls Royce and a bicycle might be both high quality and fit for purpose, but they’re bloody different vehicles.’ Sykes is sure that in 2009, student’s tuition fees should and will increase - and he suggests it’s no coincidence the introduction of fees has at last seen an upturn in UK science course applications, as students want to get good degrees for their money.

Is Sykes’ market-driven approach the way ahead for all UK universities? He certainly thinks so. ’Imperial will never close down its chemistry departments, but chemistry departments will only exist if they’re high quality and offer something to their institution, because they’re always going to be loss leaders.’ The closure of small departments is an inevitable consequence of chemistry’s expense and a competitive market. ’If chemistry is a drain, vice-chancellors have no choice but to deal with it. There’s no good people jumping up and down and screaming "Oh terrible, [The University of] Sussex has closed its chemistry department" - they did it for the right reasons. If the government doesn’t want chemistry departments to close, then it should make sure they are being funded properly.’ *

Sykes will be replaced as Rector of Imperial by Sir Roy Anderson, currently chief scientific advisor to the Ministry of Defence. With a year left, he is looking forward to retirement, though he is still making plans for Imperial: he says a biofuels institute is in the pipeline, and that Imperial wants to build a new facility for chemistry, in the form of an institute for molecular sciences. Despite the subject’s expense, he knows chemistry is a crucial driver for the kind of investment he has garnered at Imperial. ’For Imperial College, chemistry always has, is and always will be, fundamentally important.’

* The Department of Chemistry at Sussex University has not closed, as implied in the article above. In fact, the Department of Chemistry and Biochemistry has seen a 50 per cent increase in its undergraduate intake in the last year, made five new permanent faculty appointments in chemistry, and invested substantially in new facilities.  Chemistry World is happy to set the record straight.