Singapore has succeeded in developing itself as a hub for biomedical research and manufacturing. Mark Whitfield explores the sector

Singapore has succeeded in developing itself as a hub for biomedical research and manufacturing. Mark Whitfield explores the sector

Singapore has developed into a centre of biomedical excellence over the past five years. It has succeeded in attracting organisations to invest by offering tax breaks and grants for research and manufacturing. It has also put considerable effort into attracting the best people, from both home and abroad, into the biomedical sciences arena.

A cornerstone of Singapore’s success has been designing an environment with the aim of bringing success to the industries that operate there. A clear indication of how seriously the country takes this aim is the creation of Biopolis, a purpose-built biomedical research hub (see box). This is a unique establishment in the country because it co-locates government and commercial research in one centre. This promotes better communication between organisations, exchange of ideas and the flow of people between government and industry. 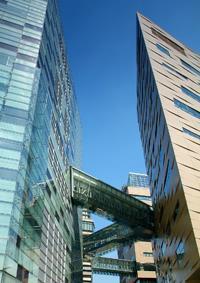 Singapore’s very strong legal framework protecting intellectual property rights is another attraction for pharmaceutical companies. The country also has a relatively liberal attitude to stem cell research, which has already attracted significant investment from companies operating in this specialist field. One such company is ES Cell International, headed by Alan Colman, one of the creators of the cloned sheep, Dolly.

The country is also very cosmopolitan - over 20 per cent of its population comes from overseas - creating an open, welcoming society that is attractive to multinational companies.

The Singapore Economic Development Board (EDB) describes Singapore’s tax structure as ’pro-enterprise’. It offers financial incentives to pharmaceutical companies wanting to carry out their research or manufacturing in Singapore. In manufacturing, where companies are establishing profit centres, there is the pioneer incentive that awards full corporation tax exemption on qualifying profits for a set period of up to 15 years.

EDB also provides research grants to companies of 30-50 per cent of R&D expenditure over a five year period. There are also tax incentives to encourage companies to channel more funds into R&D work in Singapore.

The development of Singapore’s biomedical sector has been driven by Philip Yeo, co-chairman of the EDB and chair of the Agency for Science, Technology and Research (A*Star), Singapore’s principal research foundation. Yeo was previously involved in developing the country’s petrochemical and semiconductors and electronics industries. He was also the driving force behind Biopolis’ development.

’We believe that the research scene in Singapore is thriving,’ says Beh Swan Gin, director of EDB’s biomedical sciences group. In addition to the financial incentives EDB offers, Beh believes that developing and retaining quality people is essential: ’We are trying to make sure that Singapore is a magnet for talent and attracts the brightest and best people.’

EDB works with two other key agencies in the development of the biomedical sciences sector - A*Star and Bio*One Capital. A*Star aims is to foster worldclass scientific research and talent. It provides research scholarships and fellowships for university and hospital research programmes and is responsible for coordinating and funding public science research.

A*Star launched a scholarship programme in 2001 that aims to attract students into biomedical studies by providing financial help through their first degrees and postgraduate work. ’The first batch of students is now finishing its degrees and going on to do PhD work. A*Star aims to bring 100 students through this process annually,’ says Beh. ’These are over and above existing programmes and are designed to produce leaders for our industry.’

The second agency, Bio*One Capital, is a subsidiary of EDB dedicated to providing investments as part of the strategic development of the biomedical sciences industry in the country. While Bio*One Capital has existed since 1990, it began to grow rapidly from 2000 and now controls Sing$1.2bn (?410 million) of funds. 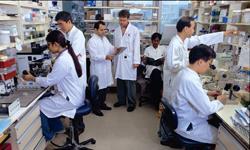 Biopolis is a hub for biomedical research

Biopolis was conceived in April 2001 as part of the Singapore Economic Development Board’s (EDB) broad vision to develop the country’s biomedical sciences industry. Biopolis is a purpose-built biomedical research hub co-locating researchers from both the public and private sectors and is a significant component in a plan to construct a 200 hectare development for R&D and entrepreneurial work, known as One North.

Biopolis was developed at a cost of Sing$500m (?170 million) by JTC Corporation, a leading provider of industrial space solutions in Singapore that offers a range of facilities tailored to suit all types of manufacturing and related operations. The first phase was officially opened in October 2003 and comprises a seven-building complex linked by bridges with a total of 185000m2 of space. In June, EDB announced that Biopolis is to be expanded because 90 per cent of Phase I had already been occupied. The second phase of Biopolis will create an additional 37000m2 in two buildings.

The first phase was capable of housing 2000 scientists. Two of the seven buildings are dedicated to researchers from the private sector, while the others house the biomedical research institutes of the Agency for Science, Technology and Research (A*Star).

The research community is supported by state of the art infrastructure, including shared resources and services providing a full range of research and development activities. Among these services are glassware washing, media preparation - including a variety of the most commonly used tissue culture and bacterial cultural media - and laboratory supplies.

There are also conference and teaching facilities and a library at the site.

While R&D work is carried out at Biopolis, manufacturing clusters are also growing. One of these is Tuas Biomedical Park, developed by JTC Corporation, which has attracted companies including GlaxoSmithKline (GSK) Biologicals, Merck Sharp & Dohme, Novartis, Pfizer, Wyeth Nutritionals and Ciba Vision. Tuas Biomedical Park currently occupies 183 hectare and a further 188 hectare extension is being planned.

The number of companies active in Singapore has grown rapidly with many pharmaceuticals companies boasting significant operations there and a new generation of biotech companies being attracted.

There have been many significant developments over the past year. In June 2005, A-Bio Pharma, which began operations in Singapore in 2004 as a contract manufacturer of mammalian cell-derived biologics, entered a service agreement with Novo Nordisk for process development and GMP supply of biologics for its pipeline of biopharmaceutical products. It also has a process development and clinical supply service agreement with GSK Biologicals. Under the contract A-Bio will work with GSK Biologicals to develop and produce clinical lots for one of GSK’s pipeline vaccine products. These deals, along with other anticipated contracts, led A-Bio to invest Sing$9m in a new 500 litre stirred tank bioreactor to expand its 200 litre cell culture manufacturing capacity.

In August last year, Lonza and Bio*One Capital announced an agreement to establish a contract manufacturing organisation in Singapore to produce commercial biopharmaceuticals. The plant will include four mammalian bioreactor trains each with a flexible capacity of 1000-20000 litres, along with purification units.

The plant will be completed in two phases. Construction of the plant shell was due to start at the end of 2005 and the final plant build-out will be finished within two years of the shell being completed.

In November, GSK announced that it is to invest Sing$115m in a new R&D pilot plant and laboratory facilities for its work on pipeline drugs at its global manufacturing supply site in Jurong, Singapore.

Over the past two decades Singapore has become one of the three nations of choice, along with Ireland and Puerto Rico, for medical and pharmaceutical research and manufacturing. The reasons for this are clear. It has a healthy fiscal environment and infrastructure enhanced by government funding, a strong skills base, and the government is dedicated to investing significantly in developing its home-grown talent and drawing quality scientists from overseas. Competition to attract investment in the biomedical arena is high, but Singapore has already made its intentions clear.

Mark Whitfield is a freelance journalist