From here to Bologna

The Bologna process promises to create a unified education system in 45 countries by 2010. Is this an achievable goal? Terry Mitchell reports

The Bologna process promises to create a unified education system in 45 countries by 2010. Is this an achievable goal? Terry Mitchell reports

Employers often struggle to compare the worth of different university courses around the world, which means that ideal candidates can be passed over. Meanwhile, graduates looking to continue their studies abroad can suffer because of problems with recognition of their qualifications. The Bologna process should go some way to change this by making university qualifications more easily comparable, promising to create a cohesive university education system, or European higher education area (EHEA), by 2010. Much has already been achieved, with participating countries beginning to adapt their education systems. However there is still a long way to go if the process is to be implemented successfully by 2010. 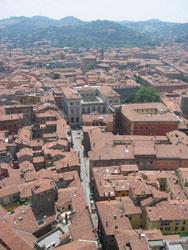 The declaration to create a unified education system was originally signed in Bologna, Italy

Bologna was set up in 1999 by education ministers from 29 European countries. Forty five countries have now signed up to Bologna, which covers an area stretching from Ireland to Siberia and from Crete to Iceland. Education ministers get together every two years and the next meeting will be in London, UK, in 2007.

The basic idea behind Bologna was to make university qualifications easily readable and transferable between countries. The system awards credits and splits qualifications into three ’cycles’, first and second for first degree and masters and third for PhD. It contains a series of so-called action lines (see box). At every meeting, the number of action lines increases and the system becomes more complex.

Things are steadily changing as a result of Bologna. In Germany, the Diplom - a qualification which was only 60 years old when the Bologna declaration was written - is being replaced by qualifications which in effect are hundreds of years old, bachelor and masters. These belong to UK tradition but UK universities have long been told by their continental cousins that the degrees are too short, resulting in the ’integrated masters’ (the MSci or MChem).

When it comes to Bologna, the unresolved question is whether these integrated masters can be classified as first or second cycle degrees.

Many countries welcome the bachelor and masters qualifications. However, in Germany, outside of the Universities of Applied Sciences (Fachhochschulen), the bachelor qualification is still viewed with suspicion by many academics,
who consider it impossible to educate a chemist in fewer than five years.

This is where Bologna comes in. It is all about trying to bring about a paradigm change away from teacher-oriented to student-oriented learning, and away from input (teaching hours) to output (learning outcomes).

The European credit transfer system (ECTS) moves away from simply describing the number of hours the typical student works to quantifying learning outcomes.

Despite the scepticism, the number of courses leading to German chemistry bachelor and masters degrees is steadily increasing. These courses all have to be accredited: in the UK the RSC is responsible for accreditation, while in Germany there is a complex structure with an accreditation council that controls six separate agencies.

The University of Helsinki, Finland, was the first to be granted the chemistry Eurobachelor label

In future, quality assurance throughout the Bologna area will have to take place according to standards and guidelines drafted by the European Association for Quality Assurance in Higher Education (ENQA), based in Helsinki, Finland, and accepted by the education ministers in Bergen in 2005.

The original feeling in Germany - that each student must go through the first two cycles before taking on a PhD - is now changing. The German chemical society (GDCh) is preparing a recommendation that allows high flyers to start a masters programme and then, if they are good enough, transfer to a doctoral programme without writing a masters thesis. However, many German university staff are worried that a quota may be imposed for financial reasons on the number of science graduates who can transfer to a masters programme.

As UK institutions know, the idea of a bachelor is to have an exit qualification that is used by the majority of the graduates. Here, the MChem and MSci are now common entry qualifications to the PhD, whereas in earlier times a good honours BSc was the only prerequisite.

Qualification frameworks should ease the exchange process. Bologna now has an overarching framework which describes in simple terms what is meant by the three cycles and also defines them in terms of ECTS credits.

Students are represented in Bologna through ESIB, the national unions of students in Europe, which is a leading player in the process.

Student reactions to the Bologna process are not always positive: in Greece the (official) student line is very much anti, while in Finland or Italy the students get along well with it.

In Germany the students are pro-Bologna, but think the universities are getting Bologna wrong.

Many fear that German universities are not paying enough attention to the needs of students, focusing instead on the needs of staff members. Meanwhile, most UK students are still blissfully unaware of the Bologna process.

What is clear is that Bologna will introduce a new element of international competition for good students. 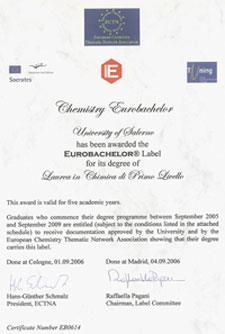 Europe has already defined a bachelor’s degree in chemistry: the chemistry Eurobachelor. This was developed under a framework devised in a major EU project run by the European Chemistry Thematic Network (ECTN), a membership organisation closely allied to EuCheMS.

ECTN has a non-profit association that awards a ’Eurobachelor label’ to interested institutions after they have gone through an accreditation process. In a highly successful recent EU pilot project, a total of 20 institutions from 11 countries gained the label. The framework has thus proved itself to be one with which institutions in many countries can identify and adapt to.

Masters qualifications have undergone a similar treatment and the Euromaster label has just been introduced.

The ECTN has licensed the German accreditation agency ASIIN (of which the German chemical society, GDCh, is a member) to deal with the Eurobachelor label in Germany. Meanwhile, a similar agreement with the RSC covers the UK and Ireland.

In the run-up to the Bergen conference in 2005, a Bologna seminar in Salzburg provided the recommendations on the doctoral phase that went into the final communiqu?. Ministers in Bergen then decided to invite the European University Association (EUA), together with other interested partners, to prepare a report on the further development of the basic principles for doctoral programmes. This month, the EUA will organise a Bologna seminar in Nice, France, to prepare for the report. 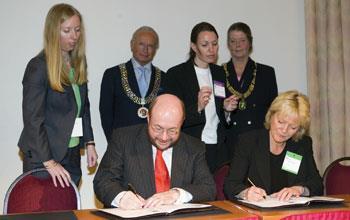 Bergen 2005: education ministers from Luxembourg and Norway sign the communiqu?

In chemistry we have already done a lot of homework on this and the Bologna seminar held in Dresden in June 2004 - Chemistry in the European higher education area  - made a series of recommendations. It was suggested that the average EU student should spend three to four years on doctoral studies and that the research element of a PhD study programme should not be awarded ECTS credits. The seminar emphasised the role of PhD students as teaching assistants and it was suggested that PhD students spend part of their research time at other institutions, preferably in foreign countries.

Non-EU countries are closely following Bologna. The higher education area was never intended to be a ’fortress Europe’, as was made clear by the Bergen 2005 communiqu?, which stated that ’the European higher education area must be open and should be attractive to other parts of the world’.

Earlier this year, Julie Bishop, Australian minister for education, warned that if Australia is not able to align itself with Bologna developments, ’a significant proportion of the current 32,000 European enrolments in Australian institutions may find other destinations more attractive’. She also warned that if Asian countries align with the Bologna process, Europe may become a more attractive destination than Australia for those students. The US also closely watches Bologna developments, keen to continue to attract international students.

Bologna-related projects are spreading across the world. One offshoot of Bologna, an EU project called Tuning Educational Structures in Europe, involved 150 universities, some of which were outside of the EU. Last year the whole project was extended to Latin America (Tuning Latin America). The next project in the series will be called Tuning India. So Bologna is far-reaching, even in indirect ways.

Two of the subjects to be discussed in London next May are apparently already clear: the third cycle (doctoral studies) and the external dimension of Bologna. Countries will have to complete a Bologna scorecard as part of the stocktaking exercise for 2007 in order to show whether they are moving fast on implementation of Bologna or dragging their feet.

Will Bologna’s 45 countries succeed in setting up an EHEA by 2010? I believe that Bologna’s most important aspects will have been implemented by then. Some of the more recent countries to join, such as Russia, may struggle to meet the deadline, but then Bologna is a developing process. It is amazing how much has been achieved already. The Bologna process will certainly keep us on our toes until 2010, and probably well beyond that.

Terence Mitchell is a retired professor from the University of Dortmund, Germany, and executive secretary of the committee dealing with applications for the Eurobachelor and Euromaster labels

Under the Bologna process, education ministers have come up with a series of so-called action lines:

1 Adoption of a system of easily readable and comparable degrees

2 Adoption of a system essentially based on three cycles

3 Establishment of a system of credits

6 Promotion of the European dimension in higher education

9 Promotion of the attractiveness of the European higher education area

10 Doctoral studies and the synergy between the European higher education area and the European research area. 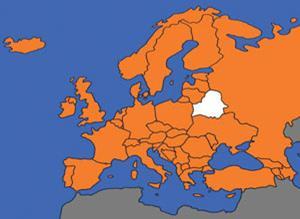 Lines one to three, together with four and eight, form the heart of the Bologna process.  Lines nine and ten are still being developed. Meanwhile, action line seven, a focus on lifelong education, is a future goal.

Countries are working to promote European cooperation in quality assurance (line five), but so far only the ground rules have been laid down by the European Association for Quality Assurance (ENQA).