It is time for nanotechnology to make it out of the research lab and into large scale production. Katharine Sanderson finds out some of the problems associated with this from companies that already produce nanomaterials on an industrial scale

It is time for nanotechnology to make it out of the research lab and into large scale production. Katharine Sanderson finds out some of the problems associated with this from companies that already produce nanomaterials on an industrial scale

Nanotechnology is the science of the small with big potential. The promise is there for nanotechnology to revolutionise our world, or so we are led to believe. The next step is to develop routine industrial scale manufacture of the nanoparticles and devices that are rapidly being developed. 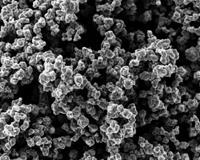 The Royal Society in its report, Nanoscience and nanotechnologies: opportunities and uncertainties (see Chemistry World April 2005, p9; September 2004, p6) published in July 2004, claims that nanoproducts make up just 0.01 per cent of the 400 million tonnes per annum of chemicals manufactured globally. Predictions show that in each sector of the nanotech industry, production will grow by at least 103 by 2020. Industry will have to meet these demands and prepare to go nano on a big scale.

There are challenges in manufacturing nanoparticles on an industrial scale. The properties of nanoparticles that make them attractive to use in different applications have implications for the production process, particularly if they are being made in large quantities.

Small steps to scale up

QinetiQ Nanomaterials, based in Farnborough, UK, produces nanomaterials, not on a huge industrial scale, but in kilograms - the next step up from development lab quantities. Its processes have to take into account the properties materials have when they are nanoparticles.

Commercial director Michael Pitkethly explains that nanoparticle manufacture can be full of hazards - explosive hazards. ’For some materials, when you go nano they become pyrophoric. So unless you’re handling them and processing them under the right conditions they’ll spontaneously combust on contact with air, which can be quite exciting,’ he says.

Nanoparticle properties are related to their size. They have a much greater surface area than the bulk material, making surface chemistry paramount. In addition, the relationship between the inner, bulk section of the particle and the surface changes. The increased surface area means there is more compound to oxidise. More oxidation - more pyrotechnics.

This is not an insurmountable problem, it is possible to change the surface of nanoparticles - adding organic groups, or waxy surfactants for example, to the surface of the metal particles will help slow down oxidation. These ’caps’ can easily be changed, you could add polar groups to make the particles soluble, or you can add antibodies to give you a targeted biolabel.

Spontaneous combustion isn’t the only problem that QinetiQ has encountered as it’s been making nanomaterials. ’A lot of our feedstocks are based on powders so you have to make sure the feedstocks have the right flow characteristics,’ Pitkethly adds.

This is a problem that Kodak has also come across in its silver halide nanoparticle manufacturing processes. Ian Newington, from Kodak’s European research laboratories, explains: ’There are problems with some of the clays or alumina based materials that are at the nanoparticle scale. The rheology sometimes behaves badly’.

’All of a sudden something happens and your lines start getting clogged up and it suddenly becomes a lot more viscous. Or the opposite way round, it may just suddenly go completely thin and watery, separate out or do something like that which you haven’t seen before on the small scale.’

To scale up nanotech, process development is crucial. Newington explains how Kodak focuses on developing processes to be applied more widely. ’One of the things that we’ve tried to do is to make sure that the processes we use, whether we’re doing them to make a beaker or make a bucket, are basically the same,’ he says.

QinetiQ also places emphasis on processes and has developed Tesima, a gas phase production process, to produce different nanometric metals, oxides, carbides and nitrides. Tesima is continuous, it uses high temperature plasma as the heat source - something that is done by only a handful of other companies. The process can be scaled so that kilogrammes or tonnes can be made. Two or more materials can be fed into the system at once and, combining this with controlled gas mixes, a wide range of different nanopowders can be produced with little contamination.

At Kodak, the important phase is going from small scale to medium scale. ’On the fairly small to middle scale you’ll go through a process a number of times and make sure you understand it. Statistical designs might be used to make sure you really understand what the capabilities of the processes are and what you get out of it in terms of the material so that it’s performing in the way you want it to,’ says Newington. ’That’s the time when you start to uncover some of the limits of the chemistry and what you can and can’t do.’ Kodak’s latest materials to be developed like this are the ceramic nanoparticles in the top layer of its ultima inkjet paper.

Many companies are involved in nanotechnology but the majority of them work on a small scale to develop intellectual property. Oxonica is one of these companies. It designs and engineers a wide range of nanomaterials with applications ranging from sunscreens to fuel additives.

Although Oxonica does not currently do any large scale production, vice president of research Gareth Wakefield says ’scale-up is always in the forefront of our thinking’.

The company does in-house tests on selected products before it starts exploring the concept of large scale manufacture. So, although Wakefield says Oxonica doesn’t encounter problems associated with scaling up, it is aware of them.

’De-agglomeration and proper dispersion in the final system is a problem,’ Wakefield says. ’Large scale production is mostly gas phase and the charged particles tend to agglomerate... The agglomeration can get worse as the particle production process is scaled up’.

Pitkethly suggests the science isn’t the major obstacle to scaling up nanotech, instead it’s all about money and risk. ’One of the biggest problems is getting people to make that leap. A lot of people are interested in looking at small gram quantities in the lab. But to jump to the next level, to make 10, 15 or 20 kilos, you’ve got to provide materials and there is a jump in cost and a lot of people are baulking at that point.’

Newington agrees. The decision to scale up production at Kodak is based on market need. ’The key driver is really, what’s the product and is the product going to be commercialised.’

For certain applications large quantities will never be needed. Mark Green at Kings College London is investigating quantum dots for biological applications. He doesn’t envisage a need for more than a few grams of these nanoparticles.

’You’ve got to think of the end use,’ he says. ’Things that don’t need a lot of sample, like biological labels, usually have the most complex chemistry. Things like quantum dots with biological functionalities on them, they’re actually pretty hard to make.’ But these particles will be sold as dilutions, diminishing the need for large amounts of them. ’If you make one gram of quantum dots that are biologically active you’ve got a lot of product to sell. If you’ve got five grams of them that’s all you’ll ever need, I imagine,’ Green adds.

But other nanomaterials that are already produced on a large scale, have less complex chemistry. ’If you’re going for the other end of the market such as titania in sunscreens, you’re not bothered if they’re not all the same shape or not sub 5nm,’ says Green, adding ’you can make those simple materials, oxides and metals, in bulk quite easily’.

The Royal Society is concerned about the implications of nanotechnology and the increase in the number of nanoparticles and other nanomaterials that will come under scrutiny, especially as Reach (registration, evaluation and authorisation of chemicals) demands tighter regulation of chemicals. These regulations will make life tough for all nanomanufacturers. Pitkethly says that new regulations ’will affect us quite significantly’.

As nanotechnology becomes more prominent, manufacturing industries will need to listen closely to chemists to assess both their processes and the toxicology of their products.