Patents are crucial for any spin-out to thrive, say patent attornies Bob Pidgeon and Jennifer Delaney

Patents are crucial for any spin-out to thrive, say patent attornies Bob Pidgeon and Jennifer Delaney

Spin-outs require, above all, technology which can perform a valuable function. If that technology can be easily copied its value is generally much reduced, and may not even be viable. Investors are unlikely to invest resources in a spin-out whose technology is on a plate for others to copy.

Spin-out companies have two main options when trying to keep technology exclusive to themselves - confidentiality, and patents. 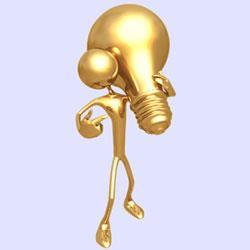 Alternatively, a rival research-based company might simply arrive at the same technology themselves. And finally, confidentiality means chemists miss out on publishing their work - and the spin-out companies need that scientific credibility too.

Patents don’t suffer the limitations of confidential information, and are seen as vital for spin-outs - although they do have their own drawbacks. They have to include a detailed written description of the technology - which will be published - and they cost money. They also absorb the valuable time of management and inventors to draw up, and are not quite as ’solid’ as they sometimes seem - they can be challenged, and they can fail.

Despite these limitations, few spin-outs would have a realistic path forward without a patent position which protects their technology. Two examples of companies whose growth has been supported by effective patent protection are Photopharmica and Perachem, both spun out from the University of Leeds, UK.

Photopharmica was formed in 2001 to develop light-sensitive drugs for indications such as infection control. Their technology uses photosensitisers that are activated by light to kill diseased tissue or unwanted bacteria - an approach known as photodynamic therapy (PDT). The technology can also be used for disease detection and imaging techniques.

The company protected its technical developments by patent filings wherever possible, which helped it to successfully secure funding, to grow, and to put its products through clinical trials. Investors have included university research commercialisation companies, and, increasingly, major blue chip investment and asset management companies.

Perachem is a younger company, spun out of Leeds’ department of colour science in 2004 to develop chemicals with an enhanced safety and environmental profile without compromising performance or cost-competitiveness. The company, a fully-owned subsidiary of Green Chemicals, has developed a wide range of products from industrial chemicals to personal care compositions.

I don’t agree with patents. I want anyone to be able to use the technology freely.

Good luck - it may never see the light of day. Who will invest to develop and market the technology if others can just copy? It is a paradox, but patents can make it more likely that good technology will progress.

Is filing a patent application always the best thing, though?

No! For some technology - some processes for example - it may be better to try to keep it confidential. But bear in mind that information can leak out. Take advice on this.

I’ve shown my invention in a poster display. I want now to file my first patent application. Is that OK?

You have a problem. In most countries, including in Europe, an invention must be new compared to everything that has been previously made public (the ’prior art’), to be patentable. This includes anything that you have made public yourself. However, if there is a special feature of your invention not clear from the poster display, you may be able to obtain a patent. Also you could still get a patent in the US under their special rules, if the poster display was less than a year ago.

I want to patent my invention but keep it secret.

We understand our technology best. We’ll save money - we’ll write the patent.

A risky approach. A patent is ultimately a legal document. The quality of the first application is crucial and your venture may turn on it - if there are defects it may be difficult or impossible to correct them later. The most important step in the patent process is filing a good first application.

I’ve only made a small change - but with a good effect. Surely I can’t patent that?

You may well be able to, if your small change goes against the trend in the prior art. ’Small’ does not equate to ’non-inventive’. You may even be able to patent newly recognised technical effects of known substances.

I want an international patent.

There is no such thing - granted patents exist country by country. However, there is an international patent filing procedure (the Patent Cooperation Treaty, or PCT), under which an umbrella patent application covers all 140-plus countries of the PCT, for up to
2.5 years - valuable time to weigh up the commercial and legal prospects before you decide which countries you wish to go forward in.

Wrong. Anyone can challenge the validity of your patent at any time during its life. A common time for a challenge is in the nine months after grant of a European patent. During this period, third parties can file a central opposition.

I have found a patent which covers part of what we want to do. Do we have to abandon our plans?

Perachem’s initial patent application, relating to activated bleaches, has now been granted in most territories, and the company’s subsequent applications have included novel wool treatment methods, flame retardants, hair dyes and hair bleaching methods. Their intellectual property was instrumental in securing significant investment following a reverse takeover in 2007. The company recently made their first sales, of a durable flame retardant composition.

Managers and chemists in spin-outs need to equip themselves with a reasonable working knowledge of the patent system. Misconceptions abound, and the patent system is often seen as being very complex. Although we cannot overcome the cost or time limitations of patents, we hope that by answering some of the more commonly asked questions and by drawing out the key features of a typical patent procedure, we can address these common misconceptions and challenge the idea that the patent system is very complicated. Chemists who become familiar with the patent system will be better placed to protect their intellectual property effectively.