Not every country in Europe can afford a synchrotron. So as new member states join, how is EU funding getting the best out of research across the continent? Clare Sansom reports

Not every country in Europe can afford a synchrotron. So as new member states join, how is EU funding getting the best out of research across the continent? Clare Sansom reports

Mariusz Jask?lski has always been passionate about crystallography and about his native Poland. Twenty years ago, while contemplating the fall of the Berlin Wall and the end of Communism, Jask?lski was making a dream come alive with plans to establish modern structural biology facilities in his native city of Poznan . Jask?lski had already established a reputation in structural chemistry, and was learning protein crystallography in Alex Wlodawer’s lab at the National Cancer Institute in Frederick, Maryland, US; his name was to appear on some of the early papers describing the structure of HIV protease and its inhibitors. 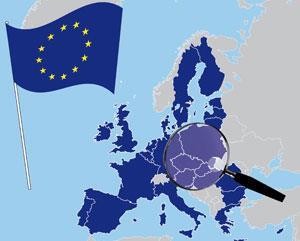 The Polish Academy of Science’s Center for Biocrystallographic Research - the first European lab to be set up east of Berlin - opened in 1994 and has come to match the productivity of many long-established and well-funded western European structural biology groups. Jask?lski’s group there has solved structures of l-asparaginase, used as an anti-cancer drug, and of amyloidogenic proteins including cystatin C.

Although Poland and its neighbours are well integrated into the European Union and European science, progress is still slow for ’big science’ projects such as structural biology, and for the research fields - including drug discovery - that depend on them. Poland, with world-class labs in Warsaw and Pozna n , is undoubtedly the regional leader in crystallography. There are some first class facilities in the Czech Republic, almost all in Prague, but there is little going on in Hungary, although it is a regional leader in commercial biotechnology. Further south and east, the prospect is bleaker. As vice-president of the European Crystallographic Association from 2003-2006, Jask?lski tried hard to bring these newest EU members, and those countries still on the edge, into the crystallographic fold. ’We managed to establish contacts with Ukraine and Belarus, but it was not possible to find even a single contact in Bulgaria or Romania,’ he says. An optimistic scenario would see Polish and Czech success leading to a ripple effect increasing scientific capacity throughout the region. Some progress is being made, but it is patchy.

A review of central European bioscience and technology - timed to coincide with the first central European countries’ EU accession in 2004 - was cautiously optimistic, concluding that governments were at last ’saying the right things’ about the importance of the biological and chemical sciences, but were slow to provide the money needed to turn words into action. This still seems to be the case, although with the increasing trend towards ’Europeanisation,’ scientists throughout the continent are becoming less dependent on national funding.

Central European scientists have been able to participate fully in the EU’s flagship Framework programmes since the start of Framework 5 in 1998, and have received substantial funding.

The Framework programmes, however, are sometimes seen as a mixed blessing. Vaclav Horejsi, head of the Institute of Molecular Genetics in Prague, speaks for many when he says that ’EU procedures remain very bureaucratic’. Jan Konvalinka, an enzymologist at the Institute of Organic Chemistry and Biochemistry (IOCB) in Prague goes so far as to say that he ’dislikes’ the framework programmes, but participates in them because ’they mean more money for science’. ’I have often been approached by groups who want to collaborate with me simply because I am Czech, and they believe that working with new-entrant countries will help them get funded,’ he adds.

Marcin Nowotny recently returned from postdoctoral research at the National Institutes of Health in Bethesda, US, to set up a second protein crystallography group alongside Matthias Bochtler at the International Institute of Molecular and Cellular Biology (IIMCB) in Warsaw, Poland. The institute is unique in Poland in having a policy of recruiting all faculty members through international competition and for a limited term.

The IIMCB has attracted an impressive amount of international funding, principally from the EU and the Max-Planck Institute in Germany. Nowotny also found that, as a new principal investigator returning to his home country from abroad, he was entitled to apply for generous international funding. His research into the structures of enzymes that interact with nucleic acids, including potential targets for antiviral and anti-cancer drugs, is principally funded by the European Molecular Biology Organisation (EMBO) and the UK’s Wellcome Trust. ’These programmes are generous ones, but no more so than many EU schemes,’ he says. ’The principal difference is that they are simple to apply for, and the reporting procedures are straightforward and streamlined. This is particularly important for me as a new group leader with little help with administration.’

Nowotny is one of the Wellcome Trust’s international senior research fellows - new group leaders in emerging economic regions. Currently, about 30 of these fellowships have been awarded to scientists working on medically related disciplines in Poland, Hungary, the Czech Republic and Estonia (but, oddly, neither Latvia nor Lithuania). The scheme is being expanded to include Slovakia, Slovenia and Croatia.

Large infrastructure projects located in poorer and less developed regions in all member states are eligible for EU structural funds, and as the central European countries are still poor by EU standards, many projects there will qualify. Scientists in the Czech Republic, however, have a particular problem with this scheme, as Konvalinka explains. ’Czech science is dominated by Prague, but Prague is too rich to qualify for structural funds. Many people are designing infrastructure projects to be located in other cities simply to attract this funding, although most of the scientists and facilities needed to run them are in Prague.’

Many experiments that probe the structure of matter now depend on using synchrotron radiation - electromagnetic radiation produced from electrons accelerated in a magnetic field. Almost all high resolution x-ray structures of macromolecules are now obtained at least partly from diffraction patterns obtained at synchrotrons. These are large and extremely expensive national-scale facilities; the UK’s Diamond synchrotron, which opened in 2007 at a cost of ?260 million, was the largest UK-funded scientific facility to be built for over 40 years. There are 15 synchrotrons in Europe, all west of a meridian joining Lund in Sweden to Trieste in Italy. Although central European scientists have ready access to synchrotron beam lines in nearby countries, particularly in Germany, the communities in both Poland and the Czech Republic are determined that they need to build their own. Plans for synchrotrons in Krak?w in Poland and Brno in the Czech Republic are well under way. Although many policy makers from outside these countries are convinced that a single synchrotron serving the whole region would make more sense than two - only 250 km apart and in neighbouring countries - neither community is willing to give up the undoubted advantages of having a national facility. ’We don’t only have structural biology to think of - chemistry, physics and materials sciences all depend on synchrotrons,’ says Jask?lski. ’A Polish synchrotron would be a melting pot for Polish structural science, fostering interactions across disciplines, and would also be a great stimulus for Polish technology and precision engineering.’ 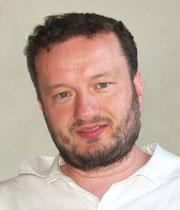 Jan Konvalinka, Prague, dislikes the Framework programmes but can’t do without the funding

Both the Czech and the Polish synchrotron projects rely on EU structural funds. However, the Polish project, headed by Edward G?rlich of the Institute of Physics at Jagellonian University, Krak?w, was awarded only a fraction of

200 million. ’The way forward is still unclear - we are looking for money from Polish sources and, in the mean time, going forward with design and feasibility studies,’ says G?rlich. The current design is based on the synchrotron at the Paul Scherrer Institut, Switzerland. It has been designed to produce lower energy radiation than the Czech project, and therefore to serve a different range of experiments, particularly in physics. Although the two projects were designed to complement each other as a requirement for eligibility for structural funds, both designs are equally appropriate for protein structure determination. But, even if the funding problem is solved soon, the first central European synchrotron will not be generating x-rays until at least 2015.

10 million from 2004-2007 under Framework VI to bring together ’all European synchrotron facilities with beamlines equipped for macromolecular crystallography, either in existence or planned,’ and to streamline protein structure determination in Europe. Jask?lski’s lab hosted one of Bioxhit’s four ’training, implementation and dissemination’ (TID) centres in countries currently without their own facilities, training new users from within the community to take full advantage of the opportunities that synchrotrons offer. The other TID centres are all in Western Europe: Oulu (Finland), Oeiras (Portugal) and Heraklion (Greece).

Participation in expensive flagship projects such as Bioxhit certainly helps to build scientific capacity in central Europe, but it is not the only solution. Some small-scale initiatives, started by only one or two labs, can also have significant impact at remarkably low cost. The Heart of Europe Bio-crystallography meetings, now in their eleventh year, were the brainchild of Manfred Weiss of EMBL Hamburg, then a postdoc, and a few friends. ’We wanted a meeting that would get all biocrystallography groups in our region together, to share knowledge and techniques, and we wanted to get going quickly, so there was no time to apply to the EU or similar sources for grants,’ he recalls. ’We only had a little sponsorship from industry, particularly from MAR Research.’ One of the guiding principles of the meetings has been that all the talks are given by students and young postdocs. ’Every other meeting is held in Germany, which has by far the strongest crystallography community, and the alternate ones are in Poland or the Czech Republic,’ adds Weiss. 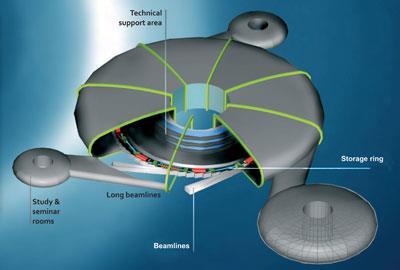 In Prague, medicinal chemistry - a discipline closely linked to structural biology - is dominated by one institute, the IOCB. Chemists there developed the HIV reverse transcriptase inhibitor tenofovir, marketed by Gilead Sciences as Viread, which is taken as part of combination therapy by about 60 per cent of Aids patients prescribed anti-retrovirals; profits are flowing back in to support research. ’Uniquely in the Czech Republic, commercialisation is part of our everyday job here,’ says Konvalinka. 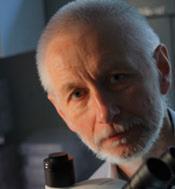 But if the structural sciences in the ’heart of Europe’ are coming in from the cold, what of countries further south and east? There is no structural biology in Bulgaria, and precious little crystallography: the World directory of crystallographers  lists just 29 scientists based there. Rosie Jordanova studied for a PhD in biochemistry with Ilia Bankov at the Bulgarian Academy of Sciences in Sofia and is now learning crystallography as a postdoc at EMBL Hamburg. ’EU accession has had a very positive influence on Bulgarian science, particularly in helping young scientists like Rosie get fellowships overseas,’ says Bankov. Another of his students is studying crystallography at Exeter, UK.

Ideally, Jordanova would like to find an academic job in Bulgaria, but she doubts that it will be possible for at least ten years. Dominika Borek, a young Pole working in Texas, US, and looking for her first tenured position, has similar concerns: ’My ambition is to combine x-ray crystallography, which is well established in Poland, with electron microscopy, which is not. It is almost impossible to imagine a situation where I could spend $2million (?1.3 million) on a microscope to set myself up in Poland.’

Like Jask?lski, these young researchers may have to wait several years for their dreams to become reality. But thanks to inspired leadership and generous overseas funding, Polish and Czech structural biology is making steady, if slow, progress towards the European mainstream. Scientists in the latest EU-entrant countries would do well to follow the example of their peers in the heart of Europe.