Throwing lab equipment down the stairs, managing North Sea oil platforms and advising the Kazakhstani government all prepared Richard Pike for the role of chief executive of the RSC, reports Bea Perks.

Throwing lab equipment down the stairs, managing North Sea oil platforms and advising the Kazakhstani government all prepared Richard Pike for the role of chief executive of the RSC, reports Bea Perks. 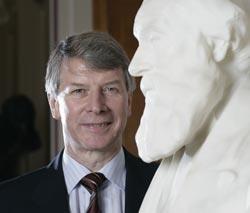 Richard Pike has taken on the post of RSC chief executive with a clear picture of how he wants the organisation to evolve. Recruiting more members would be great, he says, but this has got to be more than simply adding names to a list.

’We want members who can ideally be ambassadors for the society,’ says Pike. ’Just going for numbers full stop will not necessarily achieve all our objectives. We need to ask ourselves to what extent we want to increase numbers. What are we going to deliver to members and how do we want members to engage with the RSC?’

It’s inevitable that having more members does carry weight, he acknowledges. When the RSC is in talks with the government, for example, it helps to confirm that it represents a significant proportion of the UK’s chemists, industrial and academic.

Pike is particularly interested in the role the RSC can play in the government’s comprehensive spending review - the fixed three-year departmental expenditure limit set by the treasury. The next spending review, governing 2008-11, will be set next year.

’Our feed into the comprehensive spending review is going to guide the way money is put into education,’ he says. ’And we can give some direction to the way other issues are addressed, such as energy.’

Energy, not surprisingly, is high on the agenda of a man who spent nearly 20 years working in the oil industry.

Pike’s first degree, first class honours in engineering from the University of Cambridge, UK, was sponsored by BP and led him straight into a job in the company’s refinery in Llandarcy near Swansea. He worked there for a year before returning to the engineering department at Cambridge in 1972 to take up a PhD.

’It was in the engineering department, but it was looking at the mechanism of boiling and vapour bubble growth in water and organic liquids,’ says Pike.

He looked at all the parameters that controlled bubble growth. ’I did experiments in different gravity fields, and could go into zero gravity using a drop tower,’ he says.

’If you can imagine a table with boiling equipment and electronics and so on, I let all that fall down a stairwell, and it had a big movie camera on it, so everything that was observed on that table was in zero g,’ he says. Bubbles grow much larger at zero g, he explains: ’They don’t take off, they just grow and grow and grow.’

The PhD, sponsored by the Science Research Council, led Pike straight to a five-year stint with BP in London working on feasibility studies for oil production, processing and transportation systems. There he worked with the Japanese, making use of his sixth A level, Japanese. An unusual second language to choose in the 1970s, but BP - with an eye on future markets - had sponsored his studies as an undergraduate. His job took him to Japan.

’In those days when I walked down the street of some village in Japan I’d be surrounded by schoolgirls asking me to speak Japanese, and have their photograph with me,’ he recalls. ’They don’t do that any more.’

In 1980 Pike began working on the Sullom Voe terminal in Shetland, UK. When he joined, oil was coming ashore, while gas was being removed offshore and flared. While he was there, gas recovery facilities were installed so that oil and dissolved gas - so-called ’live oil’ - could be brought ashore. Pike made the most of the ’lull period’ before this system was running by becoming the first person to swim between the UK’s most northern settlements, Yell and Mainland, and Yell and Unst. 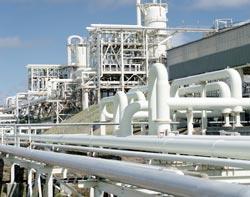 Pike’s sixth A level came to the fore again, along with his chemical background, when he became general manager for BP Chemicals in Japan. Pike moved with his family to Tokyo in 1988 returning to the UK in 1993 - to become director general of the Institution of Mechanical Engineers - as his daughter was starting school.

With his formidable background in the oil and gas industry, Pike thinks the RSC, and chemistry in general, may underestimate the ’very significant role’ it can play in the energy/environment/sustainability debate.

’The opportunities are far greater than people think,’ says Pike. ’Those are the issues, and because they are issues, they actually represent business opportunities. I don’t think chemistry has recognised it as fully as it should.’

Pike’s CV is key to understanding where he thinks the RSC should be heading.

To start, he says, the RSC needs to engage industry more effectively. ’There is a bit of a mismatch,’ he warns. ’Most of our members [official estimates vary around the 50 per cent mark] are in industry, but the majority of the members on the various boards, and the interactions we have, are typically in academia.’

There are opportunities to be had, he says: ’By engaging industry more effectively you get to understand its needs, its policy requirements, and the direction in which industry is going.’

Energy is clearly high on Pike’s agenda, as is a desire to formalise the RSC’s international strategy.

Before joining the RSC, Pike spent six years with Gaffney, Cline and Associates, an independent, international advisory firm focused on providing integrated technical and managerial advisory services to all sectors of the oil and gas industry.

While there, and among many other responsibilities worldwide, he helped governments in Turkmenistan and Saudi Arabia develop regulatory systems; led teams auditing management processes and systems on behalf of the Angolan state oil company; and assisted the Kuwait Petroleum Corporation on technical, fiscal, operational and contractual matters associated with $7 billion (?4 billion) expansion of its northern oil fields bordering Iraq.

The role the RSC can play overseas should not be underestimated, says Pike.’We need to think how we play it,’ he says. China and India are an obvious focus, but the oil and gas industry is not in decline just yet. ’The Middle East will become more important, even for the RSC.’

Fossil fuels are likely to be in considerable abundance for a lot longer than commonly thought, says Pike. ’The oil industry knows that, but the man in the street doesn’t.’

People take merely the sum of proven reserves of the world to project what’s going to happen, he says. ’And that’s completely wrong,’ he insists. ’It’s wrong because all these numbers are probabilistic and you just can’t add them up. The real figure, even for proven reserves, may be twice as much.’

Getting it wrong could have far-reaching effects. ’If we don’t even understand the numbers, and we don’t have enough people asking the right questions, then we’re going to be somewhat constrained in delivering the best solutions,’ says Pike.

’That’s really where I’m coming from, and it links in with the need for more effective education in schools,’ he says. ’Kids need to be taught not only about the sciences, but also the ability to challenge numbers: where do these numbers come from and is it correct merely to add them up?’

Pike’s concern is that, since there is much more oil and gas than people think, the demand on the atmosphere is going to be much greater. ’We need to think about carbon capture in a far more urgent and dramatic way,’ he warns.

Fossil fuels and the hydrogen economy

Pike envisages a future where oil could be burnt where it is drilled, and CO2 captured and buried in the hole the fuel came from. Then the oil, or certainly gas, could be converted to hydrogen.

’If you didn’t use that process, you could burn the oil and gas and generate electricity and electrolyse water to get hydrogen,’ he adds. ’So you could envisage a hydrogen economy, with hydrogen as the traded commodity even though it comes from fossil fuels, and therefore the Middle East would still be an important place to be. Even if we don’t see the Middle East as a major opportunity right now, it will be there waiting over the horizon.’

Such solutions clearly rely on input from cutting-edge chemists and chemistry.

’It’s almost as though, because there isn’t enough knowledge of the chemical sciences, there aren’t enough people asking the right questions to challenge what’s going on,’ says Pike. ’And so we drift towards certain solutions that are not in the best interests of the planet.’

Pike says his overarching goal for the RSC is to raise the profile of chemistry and the RSC with both the public and decision makers - in government, industry and academia. ’We need to do that by delivering things that actually do bring about change,’ he says. ’Giving insight where perhaps there’s been some complacency in the past.’