A shortage of agricultural land and inefficient production processes have cast a doubtful shadow over the first generation of biofuels.

A shortage of agricultural land and inefficient production processes have cast a doubtful shadow over the first generation of biofuels.

They initially promised a cure for our fossil fuel addiction but the backlash against biofuels has begun. Environmental groups are angry about the ecological damage caused by such extensive growing of crops whilst the resulting fuels contribute little to the reduction in carbon dioxide emissions.

Now even oil companies - enthusiastic about finding viable alternatives to existing fossil fuels - are expressing scepticism about their benefits.

At the same time consumers across the world are suffering from higher food prices partly because crops are being diverted into making bioethanol and biodiesel.

Some experts are now saying that the relatively small reductions in CO2 emissions stemming from biofuels simply do not compensate for the environmental, social and economic costs of the current systems for producing these fuels.

Switching to Plan B

Considerable hopes are now being pinned on the second generation of biofuels. Instead of being produced like existing biofuels from the sugar, starch and oils of food crops, these will be generated by cellulose from agricultural and urban waste, wood chips and other non-food biomass sources. This cellulosic biomass would either undergo enzyme hydrolysis into sugars for fermentation into alcohol, or gasification into synthesis gas (syngas) for processing by catalysis into liquids that would be used to make fuels or even chemical feedstocks.

The proposal is that this next generation should make a much bigger contribution to the fight against global warming, by doing more to lessen our dependence on fossil fuels.

But already there are doubts about their economic viability and even about the environmental compatibility of some proposed schemes for making them.

The technologies behind this next generation could take 10-20 years to become established. But it is clear that, in the initial stages of their development and commercialisation, they will need to be supported by generous government subsidies - even larger than the substantial financial support for existing projects producing bioethanol and biodiesel.

The World Land Trust (WLT) is a UK-based international organisation, which buys up areas of rainforest in order to conserve them. It argues that, in the 30 years it could take for new biofuel technologies to prove themselves, the large areas of land likely to be used for the production of existing biofuels would be better employed if they were maintained or restored to woodland. The World Bank estimates that deforestation accounts for around 20 per cent of total global CO2 emissions.Trees can do far more to stop those emissions than existing biofuels - which consume relatively large amounts of fossil fuels during the cultivation and transportation of their raw materials, as well as during their production.

Like many other sceptics, the WLT suspects that the big push for biofuels has much more to do with energy security than the need to curb global warming. 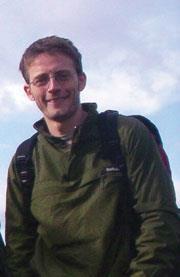 ’If the objective of using domestic agriculture as a source of energy is to reduce dependence on foreign sources of energy, then governments and supporters of biofuels should make that absolutely clear rather than try to hide behind the banner of combating climate change,’ says Dominick Spracklen, a research fellow at Leeds University’s School of Earth and Environment in the UK. Spracklen co-authored a recent study with Renton Righelato, WLT chairman, which showed that carbon sequestered by restoring forests would be greater than the emissions avoided by the use of biofuels.

But the drive for home-grown fuel is gathering momentum. Government financial incentives and regulations will mean that cultivation of biofuel crops will increase rapidly, particularly in industrialised countries. The EU has stipulated that biofuels should have a 5.75 per cent share of the transportation market by 2010, rising to 10 per cent by 2020. The US administration wants biofuels to cut the country’s gasoline consumption by 20 per cent within 10 years and by 30 per cent by 2030.

Considering the burgeoning production volumes, biofuels are not delivering the savings in fossil fuels they initially promised. Global production of bioethanol reached around 16 million tonnes of oil equivalent in 2005, double the level in 2000, according to BP. Around 90 per cent of the output was in the US and Brazil. The US bioethanol output amounted to 7.4 million tonnes of oil equivalent with the vast majority of it coming from corn. About 14 per cent of the entire US corn crop was used to make bioethanol, which replaced a measly 2 per cent of the country’s gasoline consumption.

About 80 per cent of global biodiesel output is in the EU where diesel accounts for around half the automobile fuel market. BP estimates that in 2005 production in the form of fatty acid methyl ester (FAME) reached three million tonnes, amounting to about 1.5 per cent of the EU’s diesel consumption, with the main raw material being rapeseed.

BP supplied around 10 per cent of the global biofuel market last year, through its distribution of 2.7 billion litres of bioethanol and much smaller quantities of biodiesel. Yet the company itself is far from convinced that the current first generation of biofuels is providing a satisfactory alternative supply of transportation fuel. ’On three important fronts - namely energy, emissions and economics of scale - biofuels such as ethanol and biodiesel fall somewhat short of the mark,’ says Steve Koonin, BP’s chief scientist.

For every energy unit of corn-based bioethanol in the US, 0.9 energy units of external energy are required, mainly from coal and natural gas. At the same time a tank of bioethanol blended with gasoline emits two per cent less in CO2 emissions than a tank of unblended gasoline. On a global scale the curbing of CO2 is much smaller since transportation fuels account for only 21 per cent of total global emissions. ’It’s an improvement in emissions, no doubt, but not sensational,’ says Koonin.

Shell, another major distributor of bioethanol and biodiesel, is involved in the development of new sources of biofuels but it is not participating in their production from food crops.

’Three or four years ago we already saw that this technology - whereby food crops are converted [into biofuels] - would have an impact on food supplies,’ says Rob Routs, Shell’s chief executive director for oil products and chemicals. ’You can now see this happening. We don’t want to get involved in a big way in first generation production. I’ve no wish to hear in 10 years’ time that the oil industry is the cause of hunger in the world.’

Oil giants like Shell and BP are biding their time. With extensive knowledge of the transportation fuel market and technological expertise, they say that they will be able to ensure the viability of the next biofuels generation - applying their considerable experience with gasification of fossil materials to processing of biomass into fuels. To this end BP is helping to fund the creation of a $500 million (?250 million) Energy Biosciences Institute in the US, which will focus on research into biofuels, particularly the development of cellulosic crops as raw materials.

A major doubt about the second generation of biofuels is whether there will be sufficient land available to grow the biomass needed for making them. WLT estimates that a 10 per cent substitution of petrol and diesel by biofuel will require the use of 43 per cent and 38 per cent of the current cropland area in the US and Europe respectively.

But a more positive outlook comes from studies with cellulosic biomass, particularly the sort derived from grass species like miscanthus and switchgrass. With the help of improved strains and advances in conversion technologies, lignocellulose crops on set-aside land in the US would provide quantities of bioethanol equivalent to almost 10 per cent of current gasoline consumption in the country, according to Koonin (see also Chemistry World, January 2007).

Energy and chemical companies like BP, DuPont and Ineos are also planning to use marginal land, whose soils are too poor for food crops, to cultivate species like jatropha and camelina. Biodiesel can be made from their seeds while the residues of the crops can be processed into biomass to power electricity plants. 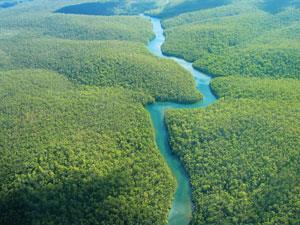 However, the strategy of using marginal land for biofuel crops has been strongly criticised by some environmental groups. They argue there is a substantial risk that the crops will lead to yet further deforestation, although the net CO2 balance would be considerably better than with conventional biofuels.

’Another criticism of the cultivation of marginal land is that it could also be used to grow trees, which would absorb amounts of CO2 larger than emissions avoided by the use of biofuels,’ explains Spracklen.

’There is a case in favour of utilising the energy content of agricultural and other waste for making biofuels,’ he adds. ’Also, farmed woodland and forests would be an acceptable source of biomass as long as trees are carefully selected for harvesting so that the carbon stocks in the soil and above ground are maintained.’

The economics and sustainability of the two core technologies of fermentation and gasification for second generation biofuels are also contentious. Gasification would appear to be a cheaper system, particularly because its technologies and related catalysis systems, such as the Fischer-Tropsch process, are already well developed.

But some specialists believe that extraction processes and fermentation are better options because they can exploit the full value of the wide range of substances within biomass.

’Gasification destroys the molecules within the biomass for the sake of gaining their calorific value,’ says Johan Sanders from the agrotechnology and food sciences department of Wageningen University, Netherlands. ’To obtain the maximum economic benefits from the biomass processing you need to preserve the structure and functionality of higher value components.’

Biofuels will be the main output from biomass but there are numerous byproducts, including chemical intermediates, proteins and dyes, which have to be taken into account if they are to have a chance of being commercially viable.

The consensus, even among those who stand to profit from the production of these alternative fuels, seems to be that the first generation of biofuels is too costly, in terms of land, raw materials and energy for their production. But before another buzz begins for the next generation of green fuels, we need to find the space for a whole new generation of crops and to develop better, cheaper technologies to process them.

Sean Milmo is a freelance journalist based in Essex