Working towards a one-stop shop

Acquiring companies across Europe, the US and Japan has given Biotage an enviable range of products and services, coupled with a challenging cultural mix, reports Bea Perks.

Acquiring companies across Europe, the US and Japan has given Biotage an enviable range of products and services, coupled with a challenging cultural mix, reports Bea Perks.

The winning combination of a marketable idea and perfect timing turned a small Swedish life-sciences company into Biotage - a global provider of innovative solutions in medicinal and analytical chemistry, process development and genetic analysis.

The Biotage group is the result of a series of acquisitions in each of those areas. It now falls to the new CEO, Torben J?rgensen, to focus on improving company infrastructure - to turn a collection of unrelated, and not always profitable, companies into one profitable global enterprise. 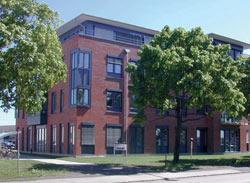 The company started in Sweden as a genetics analysis firm, Pyrosequencing. ’They went public in 2000 and that was right at the sweet spot,’ says J?rgensen. ’A month later everything turned round. They got a billion Swedish kronor [?74 million] in cash - a lot of money.’

It was too much to plough back into Pyrosequencing technology, so the company started to look at acquisitions. In 2003, they took on Swedish microwave-synthesis firm Personal Chemistry. Later that year they bought Biotage (and changed the group’s name to Biotage). Personal Chemistry and Biotage now constitute discovery chemistry, a business area within the group that supplies systems to synthesise and purify chemical entities involved in the drug development process.

Since then, Biotage, with headquarters in Uppsala, Sweden, has continued making acquisitions: the US reagents and process instruments business, Argonaut, in June 2005; and the Swiss distributor of Argonaut products, Separtis, in October 2005. Biotage has also taken on some rights to products from Vapourtec, a manufacturer of solvent evaporation systems.

’Many of these acquisitions have been companies with tremendous deficit,’ says J?rgensen. ’The achievements over the years have been to cut the costs and get pretty close to a break-even situation, which was very close last year.’ 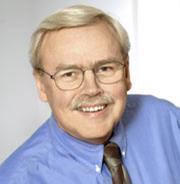 J?rgensen was appointed CEO on 9 February 2006, but did not take up the position until 27 April when the company held its AGM. His immediate plans are clear: ’I’m going to make this company profitable before we make any more acquisitions,’ he said.

The group currently has close to 300 employees. ’We have of course to look into efficiency,’ said J?rgensen. Staff may be moved to other positions where necessary, but the company is still hiring new staff as needed. It’s a moving target, he says.

When staff leave, says J?rgensen, ’we’re not just going to replace, we’re going to think are there other ways of doing it?’

J?rgensen looks forward to the challenge of integrating the group’s many sites - in the US, UK, Sweden, Germany and Japan. The business integration has gone well, he says; it is the cultural integration that will take time.

’There is an enormous amount of work getting cultures together,’ says J?rgensen, a Dane running a Swedish company: ’There are enormous cultural differences between Denmark and Sweden, and they’re only 4 km apart.’

There are obvious areas of duplication across the sites, and the group must invest to improve its infrastructure. Finding a common IT system presents a particular challenge: there are currently three individual systems in use in Sweden, the US and the UK. Finding one system to suit all requires delicate diplomacy.

Before joining Biotage, J?rgensen transformed Danish life-science company Dako from a turnover of 230 million Danish kroner (?21 million) to DKK820 million: ’From 10 million profit to 75 million.’ At the same time, the company set up 16 R&D companies in 13 countries.

Biotage is starting to show signs of profitability. ’2005 was not my business,’ says J?rgensen, ’but I would say the company performed really well in the last couple of quarters - saw an increase in turnover and less deficit. As a matter of fact we made profit in the fourth quarter. Very nominal, but we broke the bottom line.’

He plans to improve on this in 2006, and was reassessing budgets when Chemistry World spoke to him at the end of March.

The two divisions are very different in size, and are not performing equally well. Discovery chemistry represents about 85 per cent of the group. ’[Biosystems] is only 15 per cent and is less profitable,’ says J?rgensen. Nevertheless he will be concentrating equally on the performance of both divisions.

The group is building on its aim to become a leader in niche markets - claiming to lead on microwave synthesis and with its flash chromatography system. It is looking for new niche markets within its biosystems group, particularly focusing on infection and cancer.

In January this year, the US Centers for Disease Control and Prevention (CDC) announced they had used Biotage Pyrosequencing technology to study drug resistance in the human influenza A virus. CDC researchers used Pyrosequencing to chart the spread of resistance of the virus to an important class of antiviral drug, the adamantane derivatives. ’That was a very, very good marketing tool for us,’ says J?rgensen.

’We are market leaders in the major areas in our chemists’ group. We have to look at broadening our market position in other application areas, which we have some thoughts about,’ he says. ’There could be, later on, some product acquisitions; when we are profitable, some company acquisitions. It’s not my philosophy to say "we are going to be a 200 million dollar company within so and so". I don’t care so much about that, I care what the profit is on the bottom line.’

The acquisition of the product distribution company Separtis has meant that Biotage can move to direct sales. The group is working on offering a range of products with next day delivery, ’which is very important with a consumable business,’ says J?rgensen. Lab staff are often desperate for a particular product to complete their work, ’They want to see the product in their lab next day, and we’re making tremendous efforts on that.’

Biotage has a strong product portfolio, says J?rgensen, particularly with the 1500-2000 additional products that arrived with the Argonaut acquisition. Products are currently branded individually, but J?rgensen’s team is exploring the possibility of simplifying this: ’I would like to see a little more one stop shopping,’ he says. 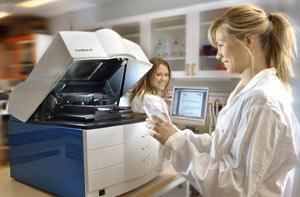 A recent independent survey carried out for Biotage reported a high level of satisfaction among its customers. Keeping an eye on customer satisfaction is critical: ’It’s a very important starting point of getting new business or continuing the business you have,’ J?rgensen says. ’You can spoil yourself in ten minutes and it can take you two years to get back.’

The first change that customers - including the world’s top 30 pharmaceutical companies, top 20 biotech companies, and leading academic institutes - might notice is that the CEO plans to be more visible than his predecessors. ’It’s my style,’ says J?rgensen, ’I think that if you look at some of our major accounts, they would like to see a person like me visiting them from time to time. We have to remember one thing: they pay our salary.’