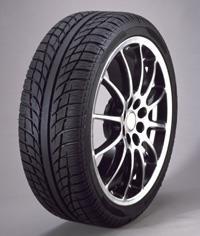 They are classed as persistent organic pollutants (POPs) under the 1979 Convention on Long Range Transboundary Air Pollution, and they bioaccumulate particularly in the aquatic environment and subsequent food chain.

The European Association of the Rubber Industry is confident that substitute tyres will match current roadholding standards. Around 300 million tyres are produced in Europe each year, many with an extender oil content of up to 28 per cent in the tread according to a report by the European Parliament Environment Committee. PAH concentrations in the oils range between 17- and 357mg/kg.

A directive approved by legislators stipulates that the oils must not contain more than 10mg/kg of eight specified PAHs. An individual limit of 1 mg/kg is set for benzo(a)pyrene (BaP), which is classified in EU law as carcinogenic, mutagenic or toxic to reproduction (c/m/r). BaP concentrations in extender oils currently range between 1 and 16mg/kg, averaging 5mg/kg.

One million tonnes of aromatic extract are produced from base oils for use in tyres each year.

Sweden, where PAH-reduced winter tyres were launched in 1997, led the campaign for EU-wide restrictions. Sweden’s National Chemicals Inspectorate (KEMI) predicts that PAH-rich oils are on the way out: the technique for producing base oils, where the AH compounds are washed out with solvent, leaving a highly aromatic extract as a by-product, is being replaced by a technique based on hydration, where the double bond in AHs is split using hydrogen.