A greener approach to gas transport

Gas storage, both long and short term, is an expensive and energy intensive process, which has left the use of isolated natural gas reserves and gas sequestration plans unfeasible. However, an international collaboration of scientists has developed a way of storing gas in ‘bioclathrates’ formed from fruit and vegetables.

Clathrate hydrates are a form of clathrate compound in which a guest molecule is trapped inside a crystalline cage of ordered, hydrogen bonded water molecules and can form around a large number of low molecular weight gases, such as methane and CO­2. Unfortunately, the formation of clathrate hydrates is very slow and requires high pressures to introduce the gas into the water, and low temperatures to form the ice-like structures. This leaves it no more energy efficient than standard methods of gas storage, such as liquefaction and compression into porous sorbents. 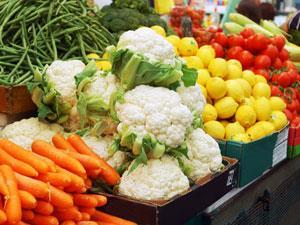 The team, led by Andrew Cooper and Weixing Wang from the University of Liverpool, UK, and the South China University of Technology, China, respectively, approached the problem from another direction. Inspired by biomimetic approaches to heavy metal storage and the ability of natural structures to facilitate gas transport, the team looked at using biological structures, such as fungi and vegetables, to greatly accelerate the kinetics of clathrate storage.

They found that the improvements in gas uptake varied significantly from different biological structures, with mushrooms and aubergines showing significantly improved – and entirely reversible – kinetics compared to bulk water at 273K, while tomatoes were unable to achieve clathrate formation. The team believes that this is because of the high water content and porous structures of the mushrooms and aubergines, but they feel that more work is needed to fully explore the reasoning behind the improvements.

Amadeu Sum from the Center for Hydrate Research, US, agrees, stating that the work is interesting and a nice idea, but that a significant amount of work is needed to fully explore the concept.