UK universities have been hit with further cuts as the government introduces stringent measures to reduce the budget deficit.

Almost all government departments face 25 per cent budget cuts by 2014, with the department for business, innovation and skills (BIS) - responsible for higher education - facing hefty cuts of ?836 billion in 2010-11, ?200 billion of this in higher education.

In a letter to the Higher Education Funding Council for England (Hefce) detailing the revised grant levels, business secretary Vince Cable and science minister David Willetts said this will consist of a ?118 million reduction in the University Modernisation Fund (UMF) from the ?270 million announced in Labour’s March budget, and a further ?82 million cut in its baseline grant. This year’s funding will be affected by the cut in the baseline grant, with ?20.8 million to be hived off the recurrent teaching grant this academic year.

Of the ?152 million remaining in the UMF, Willetts and Cable asked the council to put ?132 million towards 10,000 extra student places this autumn. However, the funding will only be available for the 2010-11 academic year - after that, universities will have to finance the places without further government support.

The letter also carries an ominous warning that BIS and its partner organisations have to find a further ?100 million in savings in 2010-11, and that Hefce will be expected to ’play its full part in achieving this target’. 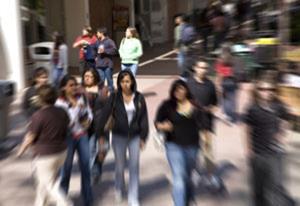 ’The revised grant letter from the secretary of state recognises the importance of investment in science and research as the economy continues to recover,’ a Hefce spokesperson told Chemistry World. ’The letter says that BIS is protecting spending in these areas and the council’s recurrent and capital budgets here should remain at previously planned levels.’

Earlier this year Hefce announced a number of additional university places to be made available for vulnerable science, technology, engineering and maths (Stem) and modern foreign language subjects. Initially proposed as a ?10 million scheme, it was in the end reduced to ?4 million, and following a bidding process an additional 1,712 places will be made available in 2010-11, 217 of these will be in chemistry and a further 37 in chemical engineering.

The University and College Union describes making cuts to the already stretched higher education sector as the wrong move at the wrong time. ’We have seen the Liberal Democrats go from a party supposedly committed to fighting for students and universities to one that is now slashing funding for students,’ said Sally Hunt, the union’s general secretary. ’The simple truth is that cuts cannot be made without consequences.’

Cuts in higher education could threaten the UK economy in the long term, according to Royal Society of Chemistry chief executive Richard Pike. ’Chemistry will not just underpin the future economic prosperity of this country; it will be in the vanguard,’ he says. ’The higher education funding cuts the government is making threaten that prosperity, and vice chancellors are under pressure to balance budgets under reduced funding. Maintaining funding for teaching the chemists of the next generation is of paramount importance. Further short-sighted cuts will only serve to erode Britain’s world-leading position in science.’