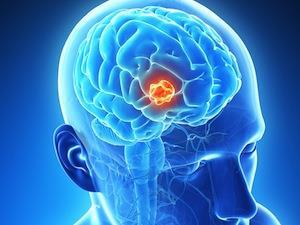 Among the various types of cancer, brain cancer survival rates are one of the lowest. One of the processes involved in cancer formation is the production of reactive oxygen species (ROS), which interfere with DNA replication and damage cells. Trace metals such as iron and zinc are known to affect carcinogenesis by altering levels of ROS.

Aleksandra Wandzilak from the AGH University of Science and Technology in Poland and colleagues looked into the oxidation state of iron in tissues taken from tumours with different malignancy grades. They examined the ratio of iron(ii) to iron(iii) by X-ray absorption spectroscopy (XAS), a method commonly used to study biological samples. The ratio of iron(ii) to iron(iii) increased with the malignancy of the tumour, suggesting that measuring iron’s oxidation state might be a way to identify the malignancy grade of the tumour.

The authors stress the importance of careful sample preparation methods for obtaining accurate results. ‘Scientists usually freeze-dry their samples, but measure them at room temperature, which can affect metal oxidation. We used samples frozen immediately after resection to stop these chemical processes,’ explains Wandzilak.

Po-Wah So, an iron imaging expert at King’s College London in the UK, notes that samples kept under cryogenic conditions during storage and measurement ensure that iron(ii) and iron(iii) measurements would more closely reflect their actual levels in the body.

‘This study is timely and has high clinical importance for brain tumour research,’ says Min Li, director of the Cancer Research Program at The University of Texas Medical School at Houston in the US. He thinks using metals to indicate the malignancy grade of a tumour is a possibility.

‘Such analyses significantly contribute to understanding the mechanisms of neoplasia, but routine analysis of XAS spectra to assess malignancy grade might be unlikely due to limited access to synchrotrons,’ warns So.