European Commission announces largest investment in research and innovation with a funding package worth ?6.4 billion

The European Commission has revealed details of its largest investment in research and innovation to date, announcing a funding package worth

While the level of funding had previously been determined when FP7 (running from 2007-13) was originally approved, scientists are nonetheless relieved that the commission stuck with the plan despite the current financial crisis, which has triggered cuts in some national research budgets, says Enric Banda, president of Euroscience, an association promoting science and technology. 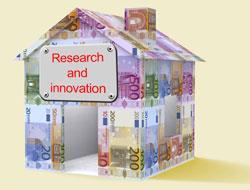 The European Commission continues to build its funding

’It is good news that they did not take money from research and that it is a little more than last year,’ Banda, a geophysicist, told Chemistry World. ’This will at least ensure research continuity. Nonetheless, we believe that to remain competitive even more money for research should be made available by the commission for Europe.’

Speaking in Brussels on 19 July, research and innovation commissioner M?ire Geoghegan-Quinn said of the

6.4 billion: ’That is big money and it has never been needed more than now.’ She emphasised that the money will help stimulate the economy, creating more than 165,000 new jobs.

Calls for proposals for much of the new funding will be published today, with proposals evaluated in coming months and grants expected to be awarded by late spring-early summer 2011.

1.2 billion for information and communication technology, €600 million for health,

1.3 billion for the best creative scientists to be selected by the European Research Council,

772 million for mobility grants to allow 7,000 researchers to move to other nations, and €800 million for small and medium-sized enterprises.

Geoghegan-Quinn repeatedly described the new funding round as supporting ’research and innovation,’ but entrepreneurs in recent weeks have been critical of the approach, saying EU innovation policy is too focused on science and research at the expense of business.

Banda says that, in principle, he agrees that innovation needs more support from the EU, but that research should not be sacrificed.

’We do believe that innovation and research make a marvellous couple,’ he says. ’But research and innovation are different animals. EU money for research still is not enough. Innovation needs additional money, but not by shifting money from research.’