Fuchs, a French citizen born in Lausanne, Switzerland, was appointed to the post by the French cabinet on 20 January with immediate effect. Under a new CNRS organisational system, Fuchs is now the sole leader of the agency, which has a budget of €3.4 billion (?3 billion) and 33,600 employees, 11,600 of whom are researchers across the sciences. 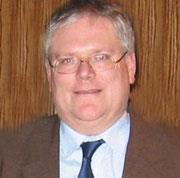 Fuchs replaces former CNRS president, physicist Cath?rine Brechignac, who left the agency last week. Director general Arnold Migus (also a physicist) will be departing this week, and the director general position will be eliminated following his departure. Fuchs takes over as the government attempts to shift the focus of French research to universities from government research agencies.

Fuchs was also research director at CNRS from 1991 to 1997 and president of the physical chemistry division of the French Chemical Society from 2001 to 2005.

Alexander Neimark, a chemical engineer at Rutgers University in New Jersey, US, has collaborated with Fuchs for over 15 years, and describes him as a theoretician and an expert in thermal dynamics who has focused on designing new nano-materials. Earlier work focused on zeolites, and about five years ago he turned his attention to metal organic frameworks, considered ’a new revolution in nano-materials,’ according to Neimark.

’This means he is working on the problems of today,’ he adds. ’He has an understanding of the new challenges of science that we now have in the 21st century. I think that he has the potential to make some changes [at CNRS].’

Neimark does not expect Fuchs’s chemistry background to influence management decisions in favour of chemistry research at CNRS. However, he believes chemists should be pleased that the French government installed a chemist as head of the CNRS. ’It shows the importance of chemists and chemical sciences in today’s world,’ he says.