Scientists have found links between the chemical composition of Shiraz red wines and their mouthfeel, textural characteristics that could give winemakers greater control.

Richard Gawel’s team at the Australian Wine Research Institute (Awri) in Adelaide, Australia, used a panel of experienced wine tasters to taste the wines. The findings suggest that the textural characteristics of Shiraz wines are associated with acidity, anthocyanin and alcohol concentration, as well as with tannins. 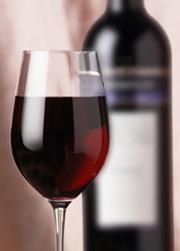 Textural characteristics aren’t all down to tannins

The chamois-like feeling when wine was held in the mouth was related to an absence of polyphenols, while the in-mouth chalky texture was strongly associated with anthocyanin concentration. Analysis also revealed that acidity and alcohol had a negative effect on chalkiness.

Velvet-like and emery textures were found to be related to polyphenol levels. Wines that gave a puckery sensation were characterised by relatively low anthocyanin levels, high acidity and high pigmented polymer and tannin concentrations.

Many studies have previously found a quantitative relationship between the intensity of the astringent sensation and the concentration of tannin in red wine, but few have investigated red wine astringency from a qualitative perspective.

’There is very little known about the chemical constituents that are related to mouthfeel characteristics in red wines,’ said Leigh Francis, team member and principal research sensory scientist at Awri. ’More investigation [is needed] to confirm some of the relationships, looking at the characteristics that closely relate to the flavour compounds, such as the sorts of tannins that are there.’

This work should give winemakers better control to be able to make decisions about their wines, said Francis. However, organic/biodynamic winemaker Ron Laughton at Jasper Hill vineyard in Heathcote, Victoria, Australia, is unconvinced. ’We don’t need scientists to tell us all of that, because we know it already. I know it by instinct from my palate.’