Deadlines looming for final agreement on the planned European Union system of registration, evaluation and authorisation of chemicals (Reach) 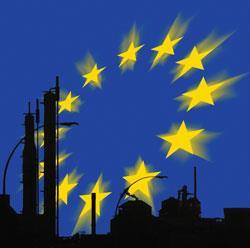 With deadlines looming for final agreement on the planned European Union system of registration, evaluation and authorisation of chemicals (Reach), the European Parliament’s Environment Committee is pushing for further amendments.

Committee members voted on 10 October, reiterating their support for amendments demanded by the Parliament at first reading in November 2005, but resisted to date by a majority of the 25 EU member states.

Several thorny issues remain, including whether industry should be forced to abandon what the committee terms ’highly problematic’ substances - including carcinogens, substances toxic to reproduction, and persistent bioaccumulative substances - when safer alternatives are available. The committee has also said that Reach must do more to promote the use of tests that don’t use animals.

The European Chemical Industry Council (Cefic), representing more than 30 000 producers and suppliers, claims that the committee stance - if endorsed by the full Parliament - will ’hamper the ability of Reach to achieve its goals to drive both greater safety of products and competitiveness of the European industry’.

Stricter criteria for granting authorisation and mandatory substitution could encourage producers to move out of Europe, he said.

Under EU rules, the Parliament must clear second reading of the European Commission’s 2003 proposals for Reach and a European Chemicals Agency by 30 November. The vote will take place on the basis of the Environment Committee’s recommendations.

If ongoing negotiations between the Parliament and EU member states are successful, the second reading - which was scheduled for 24 October as this issue went to press - will be a formality: MEPs will simply rubber stamp the compromise drafts. Ministers can then sign Reach into law without further ado.

If informal contacts fail to produce mutually acceptable texts, the plans could be delayed for up to six months while MEPs and ministers settle their differences through formal negotiations.

For the moment, MEPs remain broadly supportive of Commission plans for a uniform, EU-wide regime on chemicals. There are no indications of an eventual parliamentary veto.