The 2011 Nobel Prize in Chemistry has gone to Dan Shechtman for the discovery of unusual quasicrystals that break all the rules when it comes to symmetry. The prize shows the rewards that perseverance can deliver after  most other crystallographers and chemists were convinced that Shechtman made a mistake. 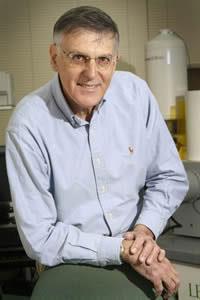 In April 1982 Shechtman performed an electron diffraction experiment on an alloy of aluminium and manganese, but the diffraction pattern that resulted was strange, formed of concentric circles of 10 equally spaced dots. In his lab book he scribbled down ’10-fold???’. According to received wisdom, crystals could only have two-, three-, four- or six-fold symmetry.

Shechtman, then at the National Institute of Standards and Technology in the US, was convinced it wasn’t an accident. He believed he had discovered a crystal with supposedly impossible five-fold symmetry but to begin with colleagues were extremely sceptical. Some, including two times Nobel Prize winner Linus Pauling, were openly hostile going so far as to mock him as a ’quasi-scientist’, Shechtman told the Associated Press.

Eventually though, Shechtman’s conclusions were accepted and can be explained by reference to the famous tiling system uncovered by Roger Penrose. In an interview with the official Nobel Prize website this morning, Shechtman, now at Technion - the Israel Institute of Technology, said that what he learned from his discovery was that ’a good scientist is a humble scientist, somebody who is willing to listen to news in science which is not expected’. 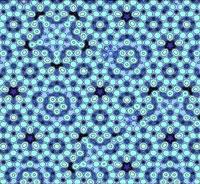 Atomic model of a silver-aluminium quasicrystal

Crystals are thought of as solids with an infinitely repeating structure that extends in all three planes. If a crystal with four-fold symmetry is rotated a quarter turn it is structurally indistinguishable from before it was rotated. Quasicrystals instead echo the non-periodic patterns of Islamic designs or Penrose tiling. Although there is long range order, there is no periodicity - however much you move the crystal lattice some of the atoms won’t line up with what was there before.

Despite two thirds of those polled on the Nobel Prize website admitting that they had never heard of quasicrystals, Hans-Rainer Trebin from the University of Stuttgart tells Chemistry World: ’For a long time the quasicrystal community has expected the award for Dan Shechtman.’

’Quasicrystals are a fascinating aspect of chemical and material science - crystals that break all the rules of being a crystal at all!’ explained David Phillips, president of the Royal Society of Chemistry. ’You can normally explain in simple terms where in a crystal each atom sits - they are very symmetrical. With quasicrystals, that symmetry is broken: there are regular patterns in the structure, but never repeating.’

’They’re quite beautiful, and have potential applications in protective alloys and coatings. The award of the Nobel Prize to Dany Shechtman is a celebration of fundamental research.’