A leading ethicist has questioned the value of banning some of the sports drugs listed by the World Anti-Doping Agency.

A leading ethicist has questioned the value of banning some of the sports drugs listed by the World Anti-Doping Agency (Wada). It’s a view rejected strenuously by former Olympian Linford Christie, who tested positive for the anabolic steroid nandrolone in 1999. 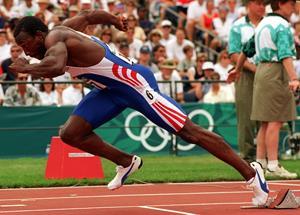 Christie, a 100m sprinter, rebutted comments from Julian Savulescu, professor of applied ethics at the University of Oxford, UK. ’I think there are good reasons to allow safe performance enhancers such as caffeine or creatine,’ Savulescu said.

Altitude training and hypoxic air tents (used by Wayne Rooney to fix that pesky metatarsal) are legitimate ways to increase athletes’ red blood cell counts, according to Wada. The agency bans blood-enhancing drugs such as the red blood cell regulating  hormone erythropoietin, EPO (Chemistry World, October 2004, p54). Wada’s code is ’incoherent and unjustified,’ Savulescu said, because EPO, in safe doses, has the same effect on the blood as the legitimate methods.

Christie said Savulescu’s comments were dangerous. Humans should accept that some are born faster and fitter than others, he said. Christie said aspiring athletes should be subject to graphic images of the effects of steroids, including shrunken testicles and penises (Christie has publicly criticised media attention paid to his tight fitting running outfits, leading to his nickname of the ’Lunchbox’).

Christie and Savulescu were among a panel of experts called by the UK parliamentary science and technology select committee, which is investigating human enhancement technologies in sport in the run up to the London Olympics 2012.

Phil Willis, chair of the committee predicts that gene receptor technology will become the next hot topic in performance enhancing technology. Athletes will attempt to use gene enhancement in the next four or five years, he told Chemistry World. Changes to genes will be harder to detect than drugs, and the detection labs are shifting their emphasis from chemistry to biology, explained Steve Maynard from HFL, one of the UK’s Wada accredited testing labs (Chemistry World, August 2004, p7). ’We cannot adapt current [detection] methods to detect gene doping,’ said Maynard.