Capsules that release their oily contents in the presence of potassium ions represent a new strategy for targeted drug delivery, say Chinese scientists.

Large extracellular potassium ion (K+) concentrations can be indicative of diseases such as cancer, which may benefit from targeted drug delivery. However, delivery to some pathological sites can be obstructed by diffusion obstacles. 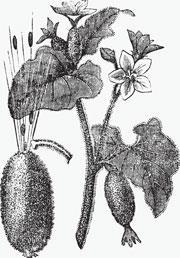 Their capsules comprise a crown ether attached to PNIPAM (poly(N-isopropylacrylamide)), which encapsulates an oil core. PNIPAM is a polymer that shrinks dramatically once temperatures exceed its lower critical solution temperature (LCST)).

When the crown ether binds to K+, forming a 2:1 ’sandwich’ complex, disruption of hydrogen bonds between the ether and water leads to enhanced hydrophobicity of the PNIPAM, causing the LCST to decrease. The polymer then shrinks until the pressure increase inside the capsule causes it to burst, releasing its contents at high speed.

The capsule’s oil core gives it an important additional advantage in cancer therapy. ’Almost all of the existing stimuli-responsive carriers are designed for hydrophilic drugs,’ says Chu, ’however, it is worth noting that currently available anticancer drugs are usually lipophilic molecules.’

James Tucker, an expert in supramolecular chemistry at the University of Birmingham, UK, praises the novel release mechanism, but also wonders if it can be used in vivo. ’Levels of potassium inside and outside the cell are very different. If the technology can be miniaturised, so that you can get delivery into a cell with high potassium concentration so that release would only happen inside the cell, then that would be really interesting,’ he says.

Chu agrees that this may be useful and are working on making capsules on the nanoscale, as well as promoting their biomedical applications.