Green shoots of recovery are starting to sprout at the Pfizer site in Sandwich, UK, with the first spinout opening its doors. 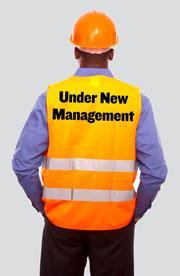 The Research Network (TRN) is staffed - and funded - by seven former Pfizer employees made redundant with the closure of the site. Its aim is to provide a link in the outsourcing process, brokering the deals between the drug companies and the contract research organisations (CROs).

Pfizer caused waves in the UK business community in February when it said that it would close the high profile R&D site, putting 2400 jobs at risk. Since then, the race to find buyers has been on, with other stakeholders pitching in with support. The UK government, for example, has designated the site one of 21 ’enterprise zones’ under a new scheme that will deliver a range of incentives including tax breaks. Meanwhile, the company has updated its plan so that it will now keep some work at the site - enough for 350 staff - in a bid to stimulate interest.

’In a way, you could see it as outsourcing the outsourcing,’ says TRN chief executive Andrew McElroy. But the idea is ’complementary’, he adds. The company will help its clients to plug gaps in their outsourcing expertise, quickly and simply introducing them to reliable CROs from its extensive network.

The team will surely benefit from its Pfizer experience. McElroy became convinced of the significant benefits that can be delivered by good management of external science while leading the external research solutions group at the Sandwich site. Now, he wants to help other companies to realise those benefits.

But, to succeed, his team will have to convince prospective clients that spending money on a middle man is cost effective.

’We’ve had a pretty warm response so far, but we’ve got to convert that into actual contracts,’ says McElroy. Companies have the option to invest internally in new expertise, he adds. ’But by coming to a group such as ours they get the flexibility.’

Early career chemists in the UK may be disheartened to see such focus on outsourcing, a pharma industry trend often associated with the migration of work from the traditional homelands, such as the UK, to lower cost regions, such as China. But TRN chemistry specialist Melanie Glossop says that there are ’very good’ CROs in the UK, and McElroy adds that pharma outsourcing is approaching an equilibrium of sorts, one characterised by a broad geographical spread. India and China are becoming more expensive, he says, while parts of Europe are becoming cheaper - and there are growing signs that Chinese companies are looking to invest in R&D in European countries.