The ’knowledge economy’ has been declared a priority for the governments of both France and Spain, as they announce extra funds for higher education and research in their 2011 budgets.

412 million up on 2010, while the Spanish ministry for science and innovation’s budget has increased by

Marja Makarow, chief executive of the European Science Foundation, says the move by the countries to increase rather than decrease R&D investment under the current financial conditions was ’a wise decision’.

Makarow cites Finland as an example of a country that invested in education and research during a stark financial downturn in the 1990s, transforming it from a resource-based economy to a knowledge economy. ’Today, Finland’s total R&D investment is second highest in the world, 4 per cent of GDP,’ she notes. 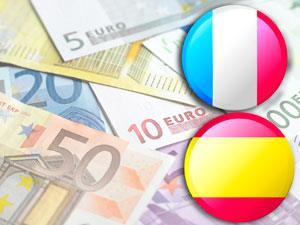 The budget was welcomed by French researcher Julien Mozziconacci, who models nanomachinery at the University of Pierre and Marie Curie in Paris, but he says researchers’ attitudes in the country may have to change. Mozziconacci explained that one of the ambitions of French President Nicolas Sarkozy is that institutions and universities in the country achieve better international rankings. ’The plan is to bring together several institutions to create centres of excellent research, and to give more money to people who publish more papers in better journals,’ he says.

’It’s good that they push people to publish because I think in France there is great potential for us to have a better ranking than we have,’ Mozziconacci told Chemistry World. ’We do good science and have good scientists - we just don’t bother so much about publishing because our careers don’t depend on it.’

Both France and Spain also intend to support industry-based research. France’s research tax credit system will continue, and will increase by €145 million. The system covers all R&D expenses for firms operating in the country and is seen as one of the best in Europe. Spain’s state innovation strategy, which involves direct investment in scientific infrastructure and allows R&D costs to be tax deductable, will continue at its current level of

France was one of the first countries in the eurozone to emerge from recession, with the French national statistics office reporting growth of 0.1 per cent in the second quarter of 2009. However, despite the national budget pledging to reduce France’s deficit from 8 per cent in 2010 to 6 per cent in 2011, overall public spending by the French government is set to rise only in line with inflation.

Spain’s economy, by contrast, only excited recession after the first quarter of 2010 according to the Bank of Spain, and the country’s unemployment rates - over 20 per cent according to the Spanish National Statistics Institute - are twice those of France.   The Spanish government’s budget commits the country to reducing its large deficit of 11 per cent of GDP in 2010 to 6 per cent in 2011, as well as investing in R&D innovation and education. After presenting the budget to parliament in September, the Spanish finance minister, Elena Salgado, described it as ’the most austere’ of recent years, with a 16 per cent cut in spending by ministries.