India must more than double its science funding and overhaul research management in the country, urges high level advisory council

The Scientific Advisory Council to the Prime Minister of India has advised the government to increase its science funding from less than 1 per cent of GDP to up to 2.5 per cent by 2020. It has also recommended overhauling the management of science in the country to increase innovation in the research community.

India is becoming an economic power but without scientific leadership this growth might be unsustainable, says distinguished materials chemist CNR Rao, chairman of the Science Advisory Council. ’This report has been outlined to bring change to the scientific management system and make India a leader in science’, he adds.

The council suggests that the government should increase its science funding - which has been stagnant at less than 1 per cent of GDP for the past two decades - to a globally competitive figure of 2.5 per cent. If India can sustain its current growth in GDP then it will mean a much larger increase in absolute terms. 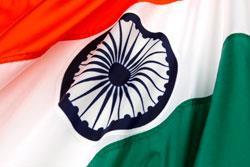 India needs to boost its spending in science and increase innovation

Although this is a ’vision’ document, the council is making sure that government takes firm steps towards implementation. ’The prime minister has asked the Ministry of Human Resources Development and the Ministry of Science and Technology to take the suggestions seriously,’ says Rao. The document has been released in advance of the budget for 2011-12 which will be announced in February next year. ’Not only that, it is also in time for the recommendations to be incorporated in the 12th five-year plan for India’, Rao adds.

In recent years, the council’s advice has been instrumental in setting up five Indian institutes of science education and research across the nation. It has also helped form the National Science and Engineering Research Board, which will function like the US National Science Foundation.

In most countries, a bigger fraction of the total money invested in research and development comes from private investors and smaller amount comes from the government. In India these figures are reversed. The council notes that this indicates that although the number of private investors is on the rise, they are not investing proportionately in research and development. The council suggests measures like venture funding, tax incentives and changes in the educational system to overcome this challenge.

Ganapati Dadasaheb Yadav, director of the Institute of Chemical Technology in Mumbai, says serious questions about the lack of innovation have plagued Indian science for quite some time. ’Unfortunately the Indian psyche is such that we believe whatever is generated in the west is superior to our own products or technology.’ The council has recommended reducing bureaucratic control in Indian science, which has hindered the development of an environment that encourages innovative thinking.

For India to become a global leader in science the report calls for an increase in the number of PhDs produced from 8420 in 2006 to 30,000 by 2025, a significant increase in the global share of scientific publications from current 2 per cent to 10 per cent and a rise in number of international patents owned by Indians from 1900 in 2007 to about 20,000 per year by 2020.

Colin Humphreys is director of research in the department of materials science and metallurgy at the University of Cambridge, UK, and has strong links and collaborations with Indian researchers. He says the report provides a road-map to put science and technology at the heart of national development in India, and underpin the country’s economic success in the future. ’This is an excellent report, and we could do well in the UK to apply its conclusions to us,’ he adds. ’In particular, we need to restore science and technology to the heart of national development in the UK.’