A growing crisis in academic recruitment is threatening international collaborations

A growing crisis in academic recruitment at the Indian Institutes of Technology (IITs) is threatening to disrupt teaching and research, and could put international collaborations in jeopardy.

Scientists say that the nation’s seven IITs need about 900 additional faculty members before the next academic session to counteract the shortfall.

A string of measures - including hiring foreigners, raising the retirement age to 70, and incentive packages for new recruits - have been suggested by IIT directors. But doubts remain about whether this will save the crown jewel of India’s education system from losing its shine.

Most of the IITs were founded in the 1950s and 1960s, in a wave of post-independence enthusiasm for science and engineering. Their goal was to provide the scientifically-skilled workforce needed for economic and social development in India.

But the faculty crisis has cast a shadow on India’s best known scientific brand. ’The faculty was recruited some 30 years ago and then there was a long lull,’ explained S Narayanan, dean of research at IIT Madras. ’Only five years ago we were woken up to the fact that many of them would be retiring and have to be replaced,’ he said. 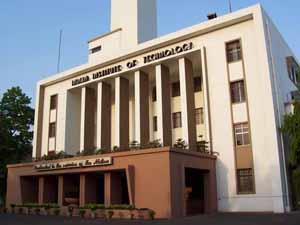 At IIT Bombay, for example, where the chemistry department has about 125 PhD students and 27 faculty members, the whole institution loses about 10 to 15 faculty members to retirement each year. Ashok Misra, director of IIT-Bombay, says they now need to employ an extra 140 faculty members to make up the deficit.

’The shortage of faculty at IIT would probably translate to a loss of quality of education,’ he said. ’As such, the possibilities and quality of collaboration may suffer significantly.’

David Goldberg of the University of Illinois at Urbana-Champaign, US, who has collaborated with scientists at IIT Madras, agrees. ’The faculty manpower shortage in India would be harmful to international collaborations,’ said Goldberg. ’At a time of increased globalisation and international cooperation, this would be a step backward.’

The problem grew worse in March this year when the government directed India’s institutions of higher education, including IITs, to reserve 54 per cent of seats for ’backward caste’ students from 2007 onward. Anantha Padmanabhan, former director of IIT Kanpur, estimates that the increase in student numbers would mean that the already staff-starved IITs must recruit around 900 people to maintain the prescribed faculty:student ratio of 1:9.

’But where are the qualified professionals to take on the enhanced academic load?’ asked R Balasubramaniam, a materials science professor at IIT-Kanpur, who in 2002 famously solved the puzzle of how an iconic 1600-year-old iron pillar has survived Delhi’s high humidity without rusting.

’Good talent has been sucked out of the academic stream,’ Balasubramaniam said, ’and students of merit do not want to even consider teaching as an option because there are far more lucrative career options with multinationals.’

IIT Madras and Kanpur now have standing advertisements for faculty positions in all departments. But the response is slow. ’It will remain slow until the salaries are raised,’ says S Venkatesan, an IIT Madras alumnus and now a computer science researcher at the University of Texas in Dallas, US.   The starting monthly salary for an assistant professor at an IIT is US$400 (?211), rising to US$600 (?316) for a professor.   ’A lot of my colleagues are going back to India to work in multinational companies that pay more,’ he said. ’If the salary difference is removed there is no reason why they cannot join the IITs instead.’

Faculty positions in IITs are currently restricted to Indian nationals, and IIT directors are now asking the government to change that rule. ’But if India wants to attract faculty for the IIT system it needs to pay competitively,’ Goldberg said. As one IIT professor put it: ’We will attract only monkeys if we pay peanuts.’

Science minister stands by predictions on China and India

A miniature protein with a stable folded boat-shaped structure has been designed by a team of Indian chemists.

Indian companies are increasingly becoming a force to be reckoned with, says Brian Tempest.