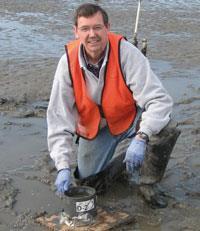 Richard Luthy is the Silas H Palmer professor of civil and environmental engineering at Stanford University, US. His interests include water quality and water reuse for ecosystem and human requirements

What inspired you to become an environmental scientist?

From an early age, I was influenced by my father who gave me gifts that inspired my curiosity. At one time, I had a gigantic chemistry set and used to do the experiments in the garage. I later went on to study chemical engineering. In the late 1960s, there was a race to the moon and a race to the bottom of the ocean. Jacques Cousteau was very active then and, almost on a whim, I decided I wanted to study ocean engineering. At that time, the Vietnam War had started - I was advised that it was better to volunteer than be drafted, so I volunteered for the navy civil engineer corps and became a deep sea diver leading a team in underwater construction. By the early 1970s, the US Environmental Protection Agency was founded and the Clean Water Act was passed. Around this time, I read Rachel Carson’s book about the dichlorodiphenyltrichloroethane - or DDT - problem, Silent Spring. Being in the military gave me time to think about my future and environmental issues and I decided that on leaving the navy, I would do a PhD in environmental engineering.

I’ve always had an interest in physical chemical processes and in trying to understand what mechanisms are at work in environmental systems such as sediments and wetlands. Everything is connected in natural systems - some connections are more important than others and we need to try to quantify these. The use of modelling can then enable you to make predictions about the system. My work is focused particularly on water quality.

What’s the most exciting thing about the work you do?

I enjoy working with colleagues from other disciplines, including biology and the social sciences. We’re looking at how to manage contaminants in sediments and I’ve learned a lot about aquatic biology, which you need to understand as well as how compounds are taken up and how we can control the availability of contaminants in sediments. Better management and use of our water resources are two of the most important problems in the western United States. It has been exciting partnering with excellent colleagues in the various disciplines and by working together, we have been able to put forward proposals to address the challenges ahead.

What’s the next big challenge?

In California, the water infrastructure is old, fragile and needs replacement. Back in the 1950s, we pumped water all over the place but now we’ve got to think about energy costs and the competing needs of agriculture and other human activities. Of course, part of the solution will come from technology that requires less energy. We are also thinking more about ecosystems. For example, the issue is no longer about not killing fish with discharge from wastewater treatment plants, we now have to consider how to leave the fish with enough water to live in. Ecosystems have an equal claim to water as industry and agriculture and we have to find a way of satisfying these competing claims.

There are issues with regard to management and institutions. In California, there are around 500 different major water suppliers, each with their own pricing structure. That makes it difficult to introduce a new water process or system since you have to discuss the changes with all those different bodies. Also, we view groundwater as a separate entity to surface water, but they’re connected. Having one set of laws that govern groundwater and another set for surface water makes the management of both resources much more difficult. Financial costs are the biggest hurdle in introducing improvements in water reuse, so it’s important to have business models that help us recover these costs.

Another issue is how we deal with climate change and risk in the future. There are risks from natural phenomena and from intentional acts and in the end you want a system that is robust and resilient. In the field of water quality and supply, we can either do things differently or just keep muddling along. Human society needs water and changes will happen anyway in how we maintain our water supplies, but ideally you like that change to happen in a way that is well planned, cost effective and serves the various needs I’ve described.

What advice do you have for younger scientists?

It helps to have lots of different jobs when you are young. Work experience is valuable and helps you learn about what you’d like to do in the future and other aspects of life: how to deal with people, customer service, how organisations work.

In my opinion, it’s always good to stick with a technical field - technical expertise opens doors - it doesn’t mean you have all the answers but it does give you skills that can be applied. Also it’s not always easy to know which option to choose. Sometimes it probably doesn’t matter - just try to avoid making bad decisions.

Is there a historical character you admire?

In the environmental water field, John Snow and the case of the Broad Street Well is particularly well known. He lived around the mid 19th century and studied an outbreak of cholera in London. He was a doctor and did some chemical and microscopic analysis of the water but he also spoke to the people about where they got their water from to find out what these people affected by the disease had in common. He started to map the disease outbreak and was probably the first epidemiologist. He discovered a contaminated well and linked it to the source of the disease and was the first to demonstrate that disease could spread from contaminated water. That was the start of what we would now call environmental engineering.

What do you enjoy doing when you’re not doing science?

If you ask my wife, she’ll tell you that I’m pretty focused on my work. I run on a regular basis and I also like my garden. I have some citrus trees and grapes. I don’t have a lawn anymore since in California woodchips are better for water conservation. I have a lemon tree and various kinds of oranges and oaks. I like watching things grow.

Did you always know you’d be a scientist?

If you told me in high school or college or even when I was in the navy that I was going to be a professor at a renowned university I wouldn’t have believed you. You just don’t know where your career is going to take you. However, my sister once told me that she saw it in the cards years ago, when I was in high school, and she said now I just have a bigger chemistry set! Your family can often see more than you can about yourself.