Seong Keun Kim talks to Jane Hordern about his latest research, how he was inspired by a comic book character and the importance of science in Korea

Seong Keun Kim is head of the Molecular Reaction Dynamics Laboratory at Seoul National University, Korea. He uses spectroscopic, microscopic and computational methods to investigate a wide range of subjects from molecular physics and nanoscience to cell biology. 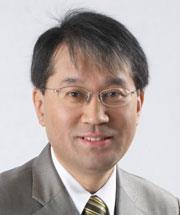 Korea is becoming a major player in chemical research. How important is chemistry to the future development of the country?

Korea is very strong in the electronics, automobile, ship building and steel industries, but it is also the world’s fifth largest producer of chemicals by volume. So chemistry plays a critical role in the day-to-day operations of virtually every Korean industry, and strong chemical research is compulsory for innovation and product development.

Why did you choose to specialise in the nano-bio area?

I am a physical chemist by training but have always been interested in what goes on in other areas, within and beyond chemistry. The nano-bio area serves as a good window through which we can probe nature in a broader sense at a manageable level. And it turns out that my chemical knowledge, and the array of powerful techniques from the physical chemistry toolbox, can be very handy for nano-bio research.

What projects are you working on?

We have been working on a wide range of topics, from atomic and molecular physics to surface science to genetic assays. Lately, however, we have been focusing on elucidating the molecular interactions and reaction mechanisms for biologically relevant problems.

What’s going to be the next big thing in your field?

’Seeing’ the chemical transformation of molecules, such as DNA and proteins, in a cell in real time.

What’s the trickiest problem you’ve had to overcome in your research? How did you solve it?

I’ve had my share of puzzles, but the trickiest one happens to be the one I am wrestling with now. A well-known, simple, non-fluorescing compound becomes highly fluorescent upon photoirradiation. We are trying to understand the photochemical reaction pathway, which has so far been quite evasive.

A Korean comic book character from the early 1960s that depicted a Mr Know-It-All scientist. Later, the Apollo mission and the vivid, flaming images of a rocket launch left an indelible impression.

In high school, a short film shown in the classroom about molecules moving, jittering and bouncing off each other was taken as a providential sign pointing in the direction of my calling. Six years later, I found myself running a crossed molecular beam experiment between ’flaming’ Rb and CO2 clusters in Dudley Herschbach’s lab at Harvard in the US. It felt like d?j? vu.

What is the most rewarding aspect of your career?

Teaching students of all ages and backgrounds. At the end of the summer vacation or during sabbaticals, I invariably find myself bored and defunct because I don’t get to teach. I never turn down invitations for extramural lectures, which are mostly for non-scientific audiences, because the general public are just as susceptible as scientists to the wonder and awe that nature inspires.

In every aptitude test I took as a student, I was never predicted to become a scientist. Instead, I was supposed to be a journalist, painter, psychiatrist, pilot or soldier. I now realise that the life of a scientist involves being all of these!

Listening to Mahler and Ludwig van Beethoven in my car while it’s going at 150 km per hr (and ending up with a speeding ticket half the time!).

And finally, if you weren’t a scientist, what would you do?

Be a John Horgan.