Light sensors from a test tube

Sensitive photodetectors made from chemical solutions

Making electronic components from solutions of chemicals has long been touted as being cheaper and cleaner than conventional manufacturing processes, and Canadian researchers now say that it can also deliver better devices.

Their ’wet chemistry’ photodetectors are up to 10 times more sensitive to infrared light than those made with conventional methods, where a single crystal of indium phosphide (InP) serves as a platform for the growth of subsequent crystals, one on top of another. 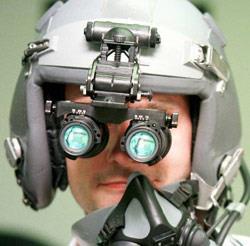 ’This is done at elevated temperatures and in a vacuum chamber, and involves the use of dangerous gases such as arsine,’ said Ted Sargent, an electrical engineer at the University of Toronto, Ontario, who led the research team.

Although this vapour deposition is intricate, costly, and energy intensive, the technique is still preferable if it produces more reliable devices. But Sargent’s photodetector is the first proof that wet chemistry can win on performance, as well as cost.

The scientists started with a piece of glass patterned with gold electrodes, and painted it with a solution containing semiconductor nanocrystals. In a process called spin-coating, the solution was forced to spread over the glass. After soaking the device in methanol, a thin, uniform film of light-sensitive nanoparticles remained.

By attaching a battery to the gold electrodes and shining a beam of infrared light on the semiconductor film, Sargent and colleagues could measure its sensitivity.

’At room temperature, these films were about 10 times more sensitive to infrared rays than the sensors that are currently used in military night-vision and biomedical imaging,’ he told Chemistry World.

The technique circumvents sophisticated vapor deposition techniques, said Mercouri Kanatzidis, a chemist at Michigan State University, East Lansing, Michigan. ’It is cheaper and faster because it can be done on a bench top using conventional wet chemical techniques,’ he said.

This could significantly lower the price of night vision cameras, which cost from $30 000 to $60 000 when made using conventional methods.

’Our technology provides a lower-cost alternative to achieving ultrasensitive infrared photodetection for night vision imaging,’ said Sargent. To make that possible, ’the next critical step is to show not just single-pixel photodetection, but the production of high-quality images based on a chip that has been spin-coated with such photodetectors.’