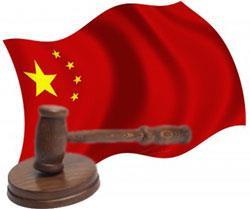 ’We asked the manager to sign an agreement of confidentiality, but he said he would shift to other industries and did not sign it,’ says Lu Canxing, vice president of SI Group Shanghai. We did not expect that he would go to our competitor.’

Before litigation, SI Group had reported Sino Legend to the Shanghai police, but the police announced that they had found no evidence that Sino Legend stole technologies from SI Group.

’Under the request of the court, we have hired a science and technology appraisal institution in Shanghai to appraise that our technologies are original and unique,’ Lu says.

In court, Sino Legend agreed that its product is similar, but said documents show that the Chinese product was developed independently as a result of the government-sponsored high-tech research programmes. In March, SI Group withdrew the lawsuit before announcing that it will try again with a new suit, adding SI Group’s North American branches as plaintiffs.

’Our evidence lies in that in its first lawsuit, SI Group did not submit material regarding my client’s commercial secrets, but in the following legal actions, it obtained these from our evidence exchanged at the court,’ explains Chen. He adds that although Sino Legend hired a former manager of SI Group’s Shanghai plant and made competitive products to SI Group, these do not constitute evidence of espionage.

In recent years, the number of IP lawsuits between Chinese chemical makers and both their foreign and domestic competitors has gone up. According to Chen, who is also a law professor at Shanghai Jiaotong University, the increasing frequency of lawsuits in the Chinese chemical industry indicate that the sector, which had relied on foreign technologies for long time, is increasing innovation efforts while also becoming more aware regarding legal protection.