An evaluation of the first tranche of registration dossiers submitted under the EU Reach (registration, evaluation, authorisation and restriction of chemicals) regulation suggests the vast majority have inadequate data. But the chemical industry has reacted calmly to the report - produced by the European Chemical Agency (ECHA) in Helsinki, Finland.

The report covered a sample of 148 dossiers pulled from the 25,000 submitted ahead of the first Reach deadline in December 2010. The ECHA asked registrants for more data on 136 dossiers (92%) so that they could be correctly updated.

The most common deficiencies pinpointed by the ECHA included incorrect or ambiguous identification of substances, incorrect ’read across’ - using data from one substance to make judgements about the dangers of similar substances - and inadequate data on hazards, chemical use or potential exposure for safety assessments. 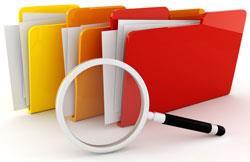 ’The high proportion of dossiers that are not up to standard is not really surprising because of the limited time industry was given to prepare dossiers for the December 2010 deadline,’ says Erwin Annys, Reach director at the European Chemical Industry Council (Cefic) in Brussels. ’Companies are on their own initiative already updating their dossiers made in 2010,’ he adds.

’What is not clear from the ECHA’s report is how many of the dossiers need only minor changes to deal with the data defects and how many require much more fundamental changes,’ he continues. ’I expect that only a small minority of companies have gone against the spirit of the legislation by not making an effort to collect the required data.’

The ECHA is carrying out evaluations on samples of dossiers each year with the objective of gradually improving their quality as companies draw up registrations for the second and third deadlines due in 2013 and 2018 and covering chemicals supplied in smaller amounts.

’This is the start of a long process,’ says Jo Lloyd, technical director of ReachReady, a London-based consultancy set up by the UK Chemical Industries Association (CIA). ’Companies will learn from this ECHA evaluation. The message that substance identity is crucial should now get through to them so that it is something registrants get right for the 2013 registrations.’

Some NGOs, however, claim that the ECHA evaluation shows that its system of compliance monitoring is not working. Under the Reach legislation, registration dossiers only have to pass a computerised completeness check to ensure that substances can continue to be legally marketed in the EU.

’There’s a loophole in the compliance checking system,’ says Vito Buonsante, a lawyer at ClientEarth, Brussels. ’The automatic check just ensures that all parts of the dossier have been filled, whether the data is adequate or not.   The basic principle behind Reach of ’no data, no market’ should be properly enforced’.

National agencies with responsibility for enforcing Reach have the power to make registrants comply with requests from the ECHA that they update their dossiers with additional data, according to the Health & Safety Executive (HSE), the UK enforcement agency. ’Provisions in the Reach enforcement regulations allow the HSE to prohibit manufacture or placing on the market of unregistered substances, as well as to enforce the requirement on the registrant to update its registration,’ an HSE official told Chemistry World.