The Royal Society has honoured a handful of top chemists in its annual selection of 44 new Fellows. The scientists - who must be Commonwealth citizens to qualify for the accolade - are elected by a ballot of the existing Fellows of the society.

In the realm of bioinorganic chemistry, the University of Oxford’s Fraser Armstrong studies how enzymes catalyse oxidation and reduction reactions. ’Many of these molecules include complex and fragile cofactors which manipulate electrons,’ he explains. ’The enzymes are very large molecules, and the electrons tunnel through the enzyme between the outside and the active site inside, where the reaction actually happens.’ This electron flow can be controlled by attaching the enzyme to an electrode. Adding a substrate that can be oxidised or reduced to the system allows an electrical current to flow, which can be measured to determine rates of catalysis, monitor interconversions between different states, and disentangle complex reaction kinetics and thermodynamics. 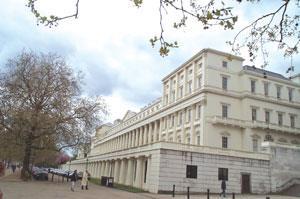 Armstrong adds that the technique has applications beyond chemistry. ’Some enzymes are superb catalysts of reactions that are important in emerging energy technologies such as fuel cells,’ he says. ’We’re looking at the oxidation and the production of hydrogen. These processes occur in enzymes called hydrogenases, which are widespread throughout the microbial world, and extremely efficient.’

In the past, his group has made comparisons between the active sites of iron- and nickel-containing enzymes, and the expensive platinum catalysts that are used in fuel cells in vehicles. ’We find that they compare well, and the upshot of that is that it must be possible in the future to produce alternatives to platinum. While the answer may not lie in enzymes, we have shown that platinum is not essential and it will definitely be possible to make alternative electrocatalysts using cheap materials.’

Chris Hunter, from the University of Sheffield, has been rewarded for pioneering work stemming from his PhD studies at the University of Cambridge - research which led to one of the most cited chemistry papers of the past two decades. ’It looked at the basic theory of how aromatic groups stack, and I’ve been applying it ever since then,’ he says. ’We look at chemical model systems to try and understand intermolecular interactions.’ This involves carefully designing molecules so that specific physical properties can be explored, and then extended to more complex systems.

’Much of what we’ve done looks at functional group interactions,’ he explains. ’We designed a model experiment to look at these in more complex systems, to dissect out a single binding interaction from among all the rest, and then quantify it experimentally.’

He’s also been measuring the magnitudes of the cooperative effects between molecules’ delocalised electrons which help them to stick together. ’When there are multiple interactions between molecules, the stability increases, and we’ve been trying to quantify this. The ultimate aim is to develop computational models that can be used to make predictions in other systems. We now have an aromatic stacking model that we are using to predict the structure of DNA as a function of its sequence, and look at how DNA is organised in the nucleus of a cell.’

His latest interest is in solvent effects and interactions. ’We hope our supramolecular model systems will enable us to design molecules that will bind in competitive solvents so we can quantify the interactions that are going on, giving a new approach to addressing the problems of solvation.’

At the University of Liverpool, Matt Rosseinsky specialises in making a wide range of new materials, and investigating their structure-property-composition relationships.

’We’re interested in superconductivity, ionic conducting materials for fuel cell applications, dielectric and ferroelectric materials for communications technologies, and porous materials,’ he says. Rosseinsky has helped to discover a series of superconducting salts based on fullerenes, and in April unveiled Cs3C60,1 which superconducts at 38K - the highest observed transition temperature for a molecule-based superconductor.

His research stems from a desire to find ways to chemically control the structures of extended solids, and Rosseinsky has developed a set of techniques to enable this. ’I’m particularly excited about growing materials in a controlled "unit cell by unit cell" way, using thin film deposition techniques,’ he says.

Meanwhile, Derek Fray, of the University of Cambridge, has been distinguished for ’his versatile and far-reaching work in the field of materials chemistry.’ His research in electrochemistry has led to novel gas sensors and an improved method for extracting titanium.

Philip Stephens, of the University of Southern California in Los Angeles, also becomes a Fellow thanks to his work on characterising electronic and stereochemical molecular structure using circularly polarised light. He developed magnetic circular dichroism spectroscopy, which is now commonly used to look at transition metal coordination complexes, particularly to characterise the active sites of metalloproteins.

Nobel prizewinner Richard Schrock, renowned for his work on understanding the catalytic mechanism of olefin metathesis, is one of eight new Foreign Members elected this year. Former UK Science Minister David Sainsbury has been awarded an honorary fellowship.