The UK Science and Technology Facilities Council (STFC) has announced a series of programme cuts and priority shifts, indicating a direction for British research that some researchers have reacted angrily to.

"This is a sad day for British science" - Brian Foster, University of Oxford

The STFC has had to cut its ’near cash’ budget by ?20 million year-on-year to ?461 million in 2010-2011, even after a ?14 million one-off contribution from the other research councils to help bail it out. ’We modelled a flat cash budget over the next decade,’ said John Womersley, STFC director of science programmes. ’That’s as good an assumption as anybody can make at this time.’

Within this lower figure, chemistry will see a relative benefit as focus moves away from particle physics, astronomy and nuclear science towards physical and life sciences. This will lead to a ?22 million shift in annual funding between these areas by 2012-2013, mainly funnelled through the flagship Diamond synchrotron and other large facilities.

Through to 2015 the STFC plans to spend a total of ?494 million from its overall ?2.4 billion budget providing access to light and neutron sources for ’medical, biological, chemistry, environmental, materials and other sciences’. Similar unpopular prioritisation choices now threaten all academic disciplines as the UK enacts spending cuts in the wake of bank bailouts. ’In the current constrained financial climate, if you want to do new things, you have to stop doing old things,’ warned Keith Mason, chief executive of the STFC. 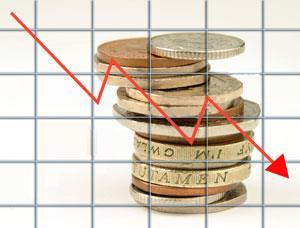 Science and research budgets are suffering in the downturn

The STFC’s science board is prioritising physical and life sciences ’to support the proper exploitation of the major investments in domestic facilities that the UK taxpayer has made over the past decade’. ’Without this shift it would not be possible to get the full return on that investment,’ Womersley explained. To help pay for this, the STFC is cutting funding for studentships and fellowships by 25 per cent, a decision Womersley calls ’unpalatable’ and the UK’s Science and Technology Select Committee referred to as ’hugely disappointing’. The move will essentially wipe out all increases in this area seen earlier in the decade.

The ?14 million assistance received from other research councils will allow a smoother transitional period, including ’managed withdrawals’ of support from 27 programmes and facilities. ’There will have been, at the end of that period, a significant reduction in grants and project support for universities,’ Womersley said.

Responding to the cuts Brian Foster, head of particle physics at the University of Oxford, UK, pointed out that just ten months ago Gordon Brown said the downturn was ’no time to slow down our investment in science, but to build more vigorously for the future’.

’This is a sad day for British science,’ Foster commented. ’The Prime Minister should hang his head in shame.’