Anthrax toxins can be disabled with small, simple molecules, scientists in the US claim.

Anthrax toxins can be disabled with small, simple molecules, scientists in the US claim. 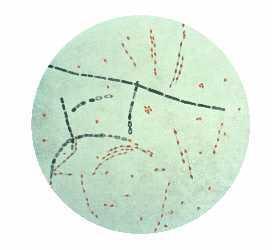 PA acts as a channel for the other two polypeptides - lethal factor and oedema factor - to enter host cells. The team’s solution,   which Bezrukov said  is ’unexpectedly simple and unbelievably straightforward’, was to use a molecule, per-6-(3-aminopropylthio)-?-cyclodextrin, with the same symmetry as PA and a complementary charge distribution to the PA channel. This molecule was injected into rats, and protected the animals from anthrax infection by blocking the PA channel.

Bezrukov said their approach  is much simpler and faster to develop than current options, which he said focus on genetic engineering of new proteins, or site-directed mutagenesis of existing proteins. He added that the shelf life of their molecule is ’orders of magnitude longer than that of any protein-based drugs.’

Brian Spratt, from the department of infectious disease epidemiology at Imperial College London’s medical school, UK, warned that these preliminary results ’Only show that animals can be protected if the inhibitor is given at the same time as the toxin.This is not what happens in real world situations.’

Spratt would ultimately like to see a safe vaccine developed, but said that for populations who are not protected by vaccination there is a reliance on detecting disease before it can be treated. In this case, said Spratt, a toxin inhibitor might not be much help because by then ’enough toxin has been produced and has done too much damage.’ Katharine Sanderson