Industry experts address what can be done to stop big pharma from engineering its own demise.

A stern warning and gloomy forecast were delivered to the pharmaceutical industry at the Drug Discovery and Technology Summit in London this week.

Declining drug pipelines and expiring patents were a recurring concern. In his speech at the event, Simon Campbell, former president of the Royal Society of Chemistry, was scathing about the relentless ’march of mega-pharma’. He cited the increasing number of mergers and continual expansion of the huge multi-national drug giants as one cause of the industry’s plight. Consolidation, he said, was having a negative impact on the actual process of research and development. Innovation does not scale.

’You can’t industrialise drug discovery,’ said Campbell. ’It’s a personal experience, not a mechanical process, and that needs to be appreciated.’

He called for the industry to be broken down into more manageable chunks and underlined that it was inefficient to attempt to coordinate research groups consisting of hundreds of people working on one topic. 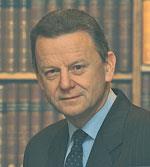 Campbell referred to recent job cuts, at drug companies including Pfizer and AstraZeneca, as an inevitable sign of unsustainable economics starting to bite. ’Unfortunately, I think this is only the beginning,’ he said. Campbell was at Pfizer for 26 years before retiring, in 1998, as senior vice president for worldwide discovery and for medicinals research and development in Europe.

He urged companies to stop abandoning new compounds very early in the development process in an attempt to avoid the expense of late stage drug failure. He stressed that this false economy was stalling development. ’All new compounds can make it to Phase II,’ he said. ’Issues at this stage, such as solubility and kinetics, can easily be fixed.’

Earlier in the proceedings, Jackie Hunter from GlaxoSmithKline, also tackled the burgeoning issue of pipeline erosion. There was some light at the end of the tunnel here in her reference to the European innovative medicines initiative (IMI) as a ’timely’ measure to help extract the industry from its predicament.

IMI was launched in 2004 by the European Commission and the European Federation of Pharmaceutical Industries and Associations. Its aim is to develop and fund research to identify and address the causes of bottlenecks in the drug development process.

Hunter pointed out that attrition could only be challenged by this level of public-private cooperation. ’At the pre-competitive stage, companies must work together to construct good methodology and improve the way medicines are developed,’ she said.

’Industry-wide and Europe-wide we need to identify biomarkers, develop computational methods of predicting drug toxicity and set standards of ’pharmacovigilance’ and risk prediction,’ Hunter continued. ’We must also work with the regulators to design high quality trials.’

Despite current doom and gloom, it appears that those at the front line of R&D have not lost heart. Ian Lloyd from Pharma Projects, a UK pharmaceutical industry analysis company, wrapped up the event with a review of past trends and forecasts. He also took a small survey of 50 industry employees who, according to his presentation, remain relatively positive about the position of their sector. 64 per cent say that they would still recommend a career in the pharmaceutical industry to their children.