It’s long been thought that adults are at greatest risk of accidental chemical burns to the eye, but new research led by Johns Hopkins Bloomberg School of Public Health in Maryland, US, overturns this conventional wisdom. The team found that one and two-year- old toddlers represent ‘the single highest-risk group’ for such accidents, suffering twice the number of chemical-related eye injuries. 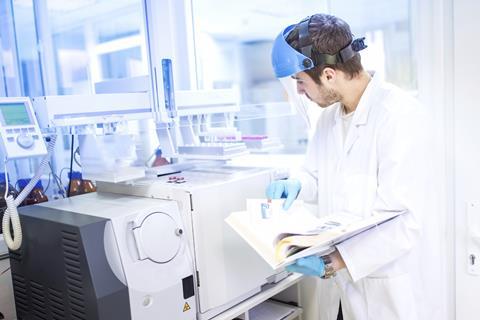 The Hopkins team analysed four years of data from the US Nationwide Emergency Department Sample, which includes information from roughly 30 million annual emergency room visits from more than 900 hospitals across the country. The researchers found that there were over 144,000 chemical ocular burns diagnosed at US emergency departments between 2010 and 2013. The rate of chemical burn injuries to the eyes was almost 29 per 100,000 for one-year- olds, and 23 per 100,000 for two-year- olds. By comparison, it was just 13 per 100,000 for adults aged 18 to 64.

The researchers surmised that unsafe storage of cleaning products may be largely responsible for these accidents. ‘These children do not deal with chemicals on the job,’ said study leader R Sterling Haring. ‘They are injured largely because they get into chemicals such as household cleaners that are improperly stored.’