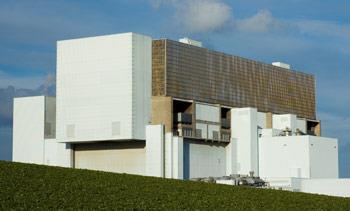 That’s the verdict from leading scientists after hearing UK secretary of state for trade and industry Alistair Darling’s presentation to the House of Commons on 11 July, outlining the country’s energy strategy.

Although the government has promised to cut the UK’s carbon emissions by 60 per cent by 2050, this can only be achieved with a much greater investment in fundamental research, the UK’s Royal Society (RS) said, a commitment notably absent from the review.

’The energy review has failed to deliver the bold decisions that we have been waiting for,’ said Sir David Wallace, vice president of the RS. ’International spending on energy is scandalously low,’ added RS spokesman Bob Ward, and the UK is no less guilty than other countries.

While bemoaning the lack of firm policy decisions in the review, the RS was hopeful that the UK Energy Research Centre (UKERC) and the National Institute of Energy Technologies, who were allocated ?1 billion to spend over 10 years in this year’s budget, will provide an additional way of levering research and development funds from government coffers.

The Royal Society of Chemistry’s manager for environment, sustainability and energy, Jeff Hardy, said he was frustrated by the government’s request for more consultation. ’It’s pretty obvious what we need to do,’ he said.

Peter Edwards, an inorganic chemist at the University of Oxford and coordinator of the UK sustainable hydrogen energy consortium, said the review highlighted the importance of chemistry in tackling the energy challenge. ’Energy chemistry presents amazing opportunities, whether in cleaner fuels, liquid fuels from renewable resources, carbon sequestration, the development of fuel cells, the realisation of the hydrogen energy economy, or solar energy,’ he said. ’All will depend critically on advances derived from research in chemistry.’

’The opportunities are boundless,’ added Jim Skea, director of research at UKERC. ’If you’re in the research community, energy is a very attractive area at the moment.’

The review states that renewable sources should provide 20 per cent of the UK’s energy by 2020. That’s an ambitious goal, according to Skea, who explained that technologies such as photovoltaic solar panels and fuel cells are far from being commercially competitive. ’For really large scale deployment [in both cases] you’re looking at a decade or two away,’ he said.

And although biofuels derived from plants received warm words in the review, Norwegian biofuels manufacturer Statoil remained unmoved. The latest commitment by the UK would not tempt them to try and infiltrate the UK biofuels market, a Statoil spokesperson said.

The worst-kept secret of recent times - the UK government’s renewed commitment to nuclear power - was affirmed in the review. While this was broadly welcomed by the scientific community, the plans highlight a serious shortage in skilled nuclear technicians, the Institute of Physics said.

Brian Iddon, Labour MP for Bolton South East, and science and technology select committee member, agrees that there is a skills shortage in the UK. But he insisted that this was in part being addressed by the academic community, at Manchester University’s Dalton Nuclear Institute, for example (see Chemistry World, September 2005, p11, 37).

He also admitted that the energy review suffers from the further rounds of consultation it has called for: ’We’re a long way from the nitty gritty,’ he said.